Bangor, ME– Cherie Scott and Deko Kutz know the transformative power of their work.  Scott, creator of the Mumbai to Maine culinary platform and Maine’s first Indian simmer sauce brand, celebrates food as a portal to the past and a means of transporting childhood memories, and cultural heritage to the present.

Kutz, owner of eponymous barbershop brings his own flair to cutting hair, helping people see themselves in new, exciting ways.

These local business owners bring history, culture and visions for the future to the communities in Boothbay and Orlin, where their hard work, determination and contributions make Maine the special place it is. Now their stories will be shared during the fifth episode of the Maine Public Television series “Elevating Voices” on Thursday, May 27th. 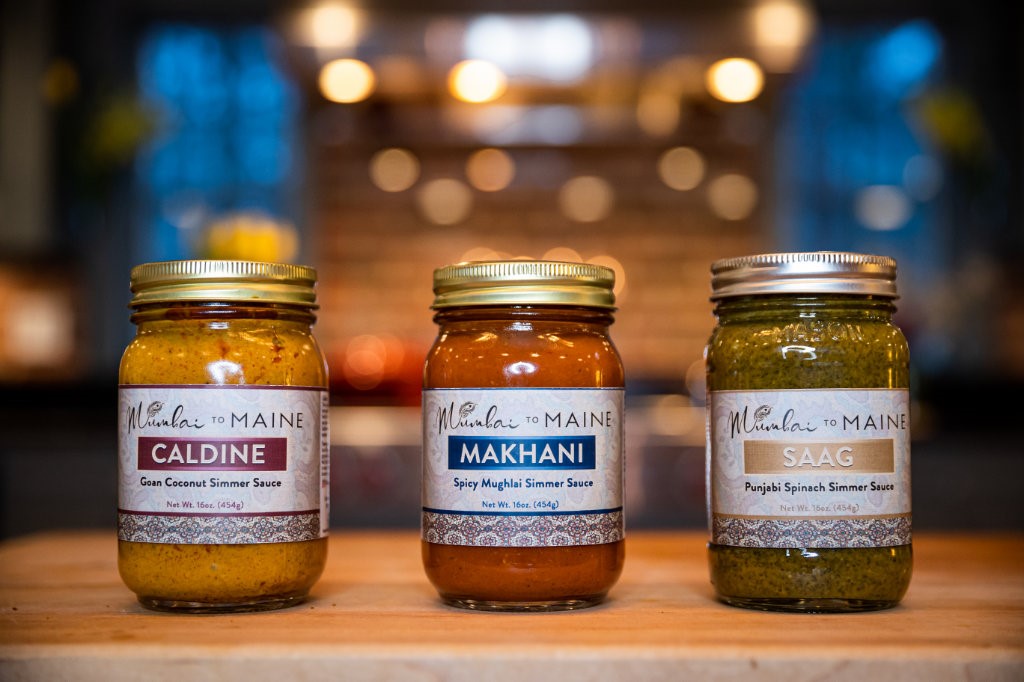 Viewers will learn about the incredible work and life of Scott, the creative and culinary powerhouse behind Mumbai to Maine, and Kutz, owner and barber at Deko Kutz, who adds his own twist to family tradition. The series, brought to the region by Greenlight Maine and Bangor Savings Bank, is highlighting diversity in Maine businesses to celebrate the often-unsung heroes who are enriching, expanding and driving Maine’s culture, community and economy.

Scott moved from Mumbai to Canada with her family at 16-years-old, then relocated to start a family of her own in Boothbay, Maine over a decade ago. There, she fell in love with the area’s vibrant culinary and entrepreneurial network. In 2015, Scott launched Mumbai to Maine as a blog, podcast, and social media platform celebrating the existing tastemakers of Maine and sharing her own culinary forays.

“Maine is a formidable state,” says Scott, “for small businesses to drive, to create, and to innovate.”

Following the loss of her mother, Scott experienced a renewed sense of nostalgia for authentic Indian cuisine, specifically, Caldine, an iconic Goan dish traditional to the West Coast of India. Knowing she couldn’t find something to satiate her craving on a shelf or in the frozen aisle at the grocery store, Scott began experimenting in her own kitchen, using her mother’s recipes, and created the perfect Caldine comfort recipe.

In December 2020, in the middle of the COVID-19 pandemic, Scott launched her line of simmer sauces, featuring her mother’s Caldine, alongside Makhani and Saag sauces. Despite the toll the pandemic took on small businesses, the Mumbai to Maine simmer sauces were met with overwhelming support. Within three months, Scott had sold more than 500 jars, and in wholesale specialty stores, her sauces are outselling some national Indian brands. Scott’s Mumbai to Maine sauces are currently only available for shipping and wholesale within Maine on her website and in select stores, but having received requests across the country and beyond—from California and Toronto, even from New Zealand, Scott is planning to expand her line and go nationwide with distribution this year.

“The immigrant experience is a really important experience. It’s not to be discounted in this country,” notes Scott. “We all come from somewhere, so we bring with us so much history, so much legacy, and so much storytelling. Mumbai to Maine has been the platform for me to help bridge cultural divides and foster cultural exchange here in Maine and beyond. This simmer sauce line is my journey in a jar.”

Kutz has been a Maine-local for almost twenty years, having moved from New York City. After the closure of the papermill where he worked in 2014, Kutz took the opportunity to make something of his own. Though he never thought he would own his own business, he has always been enamored with the barbershop, having experienced it through his cosmetologist mother and his uncle who owned a shop. To Kutz, being a barber is more than cutting hair, it’s an opportunity to get to know someone and help transform them into the best version of themselves.

“One of my goals since day one is to just bring something a little different,” says Kutz. “At the end of the day, I could say I was a part of something that was not only different, but bigger than me.”

Hit hard by the pandemic, Kutz struggled to stay on his feet during the first months of 2020. Much like the effect he has on his customers, Kutz had to reinvent his business. After the first lockdown, Deko Kutz closed the shop for seven weeks to put the safety of its staff and costumers first, emerging in the wake of the pandemic to offer appointment-only services to its clientele. Before COVID-19, the business relied fully on walk-ins, and the bustling-barbershop environment, but Kutz says appointments are here to stay. He hopes his story can inspire others to take their futures into their own hands, reminding viewers that any and everyone is capable of transformation.

“I’m living proof,” shares Kutz. “I think when you have something that makes sense, I think people support you. I’m five years cutting here in the same location and I’ve grown from doing five haircuts for the whole week to being fully booked every day.”

The Scott and Kutz stories will grant viewers a deeper understanding of and appreciation for the challenges, triumphs, and importance of diverse business owners in Maine. The series premiered on Thursday, April 29, featuring Thomas Douglas, founding partner of law firm Douglas, McDaniel & Campo LLC, PA, and Ebenezer Akakpo of Akakpo Designs. The second episode, which aired on Thursday, May 6, featured Adele Masengo Ngoy, founder of Adele Masengo Designs and owner of Antoine’s Tailor Shop and Formal Wear, and Jason Brown and Donna Decontie-Brown, founders and creative engines behind Decontie & Brown. The third episode featured Katherine Slevin, Iman Enan, and Ange Bonheur from C. Love Cookie Company, alongside Adrian Espinoza of Empanada Club. Last week, the fourth episode featured Marcia and Daniel Minter, founders of the Indigo Arts Alliance, and Muhdin Libah, Executive Director of the Somali Bantu Community Association, which is responsible for the leasing of the community farm, Little Jubba. Watch the series premier here, the second episode here, the third here and the fourth episode here.

“At Bangor Savings Bank, we are deeply committed to heightening and expanding our DEI promise by finding innovative ways to support Maine communities and our small businesses throughout the pandemic and beyond,” said Isla Dickerson, Executive Producer and Co-Creator of Elevating Voices, and SVP and Director of Marketing & Community Relations at Bangor Savings Bank. “‘Elevating Voices’ is the result of the longstanding racial injustices in our country that were intensified by the events over the past year, the pandemic, the fact that our small businesses – the lifeblood of our economy and way of life in Maine – were struggling to survive, and the clear need to elevate and support diverse businesses and their tremendous contributions to the state. We are proud to have worked with Greenlight Maine to create and bring this tremendous series to life.”

Viewers can tune in at 8:00 p.m. on Thursdays to one of the following Maine Public Television stations: WCBB 10 Augusta, WMEB-TV 12 Orono, WMED-TV 10 Calais, WMEM-TV 10 Presque Isle and WMEA-TV 45 Biddeford. The series will be rebroadcasted on Sundays at 5:30 p.m.