New Delhi–JNU student leader Kanhaiya Kumar, jailed earlier this year for 17 days on charges of sedition, is advocating an umbrella coalition of opposition parties to take on the BJP.

Kanhaiya Kumar, whose book “From Bihar to Tihar” (Juggernaut) has hit the market, says such a coming together of the Congress, the Left and parties like the AAP should be based on issues.

“Why can’t (Arvind) Kejriwal, Congress, Left and Mayawati come together?” the left-leaning activist asked in an interview with IANS. “There should be unity.”

These parties “need to get together to defeat the BJP (Bharatiya Janata Party)”.

Kanhaiya Kumar, a vocal advocate of Left-Bahujan unity, said an anti-BJP alliance must be based on a Common Minimum Programme (CMP) that prevailed during the Congress-led United Progressive Alliance (UPA)-I regime.

Asked about the ideological contradictions in such a grouping, Kanhaiya Kumar cited the example of South Africa where the African National Congress (ANC) and the South African Communist Party (SACP) co-exist in an alliance.

“The ANC and SACP too have differences but they work on the basis of certain commonalities.” 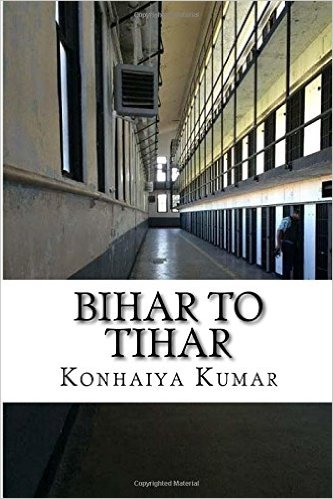 Now 29, Kanhaiya Kumar was President of the Jawaharlal Nehru University Students Union (JNUSU) when he was arrested in February 2016 on charges of sedition.

The dramatic arrest followed a meeting held in the JNU campus where a section of students and outsiders — most of whom were never caught — raised anti-national slogans.

Kanhaiya Kumar had nothing to do with that February 9 meeting, and he says in his book “From Bihar to Tihar” that most policemen who dealt with him quickly realised he had been framed.

It was the fiery, nearly hour-long speech Kanhaiya Kumar gave at the JNU after his release — telecast live and watched by millions — that gave him a star status.

Kanhaiya Kumar told IANS that he was not enamoured of his fame.

A member of the CPI-affiliated All India Students Federation (AISF), he says he is part of “active politics” but has no desire to take part in electoral politics.

Arguing that dissent was vital in any democracy, he said that all those opposed to majoritarianism, irrespective of their different streams, have to unite.

“Today, if you speak against the government, you are dubbed anti-national.”

In his book, Kanhaiya Kumar details his struggle with poverty since childhood. Son of a father who dabbled in radical Left politics and a mother who earned Rs 3,000 a month, the family didn’t have a toilet or a bathroom, bathed at a hand pump, used just one light and fan at night to keep the power bill down and had the previous night’s dinner as the next day’s breakfast.

At one time, Kanhaiya Kumar got a job for Rs 50 a day — he had to go from house to house and give polio drops to children.

When he moved to Patna, his mother gave him a bed sheet she had stitched together with bits and pieces of old fabric. Perennially short of money, he mostly walked in Patna as he could not afford an auto or even a cycle rickshaw.

He gave tuition in history, geography and sociology, earning Rs 15 every hour to beat the financial crisis.

Debating skills that he acquired in college in Patna helped Kanhaiya Kumar to become one of the most articulate student leaders when he moved to Delhi and joined the Jawaharlal Nehru University in New Delhi. (IANS)