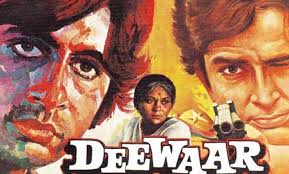 Panaji–The grand golden jubilee celebrations of the International Film Festival of India (IFFI) next year will look back at the glorious journey of the gala, and will focus on the business of cinema, according to Ministry of Information and Broadcasting officials.

Information and Broadcasting Minister Rajyavardhan Singh Rathore on Wednesday said the I&B Ministry, the state government, and the Entertainment Society of Goa, will work together to plan a roadmap for the 50th IFFI.

Elucidating on that, Amit Khare, Secretary in the I&B Ministry, told IANS here: “For the 50th anniversary, the golden jubilee of IFFI, the work will start from November 28. Right after the closing ceremony of the present edition, we will start working on next year’s event.”

“We would like to start early because it’s a great event. We would like to showcase what has happened from the first to the 49th edition. It’s not all of a sudden that we have reached this place,” he added.

In 1952, IFFI started with the participation of 23 countries with over 200 films as entries. This year, the numbers have quadrupled to a 1,000 entries from over 100 countries across the world, indicated the festival’s official website.

It has grown to be one of the most prominent and important film jamborees in Asia, screening some of the best national and international cinema and bringing together some of the brightest cinematic minds from across the world.

Khare said: “The journey started 49 years ago. That journey will be recounted (at the golden jubilee celebrations). There will be more focus on the business aspect… One is the glamour component of films, the other is the educational value and the the third is the revenue generation and employment creation.

“So, we will have emphasis on all three.”

The first ever IFFI was organised by the Films Division, with the patronage of the first Prime Minister of India Jawaharlal Nehru.

The inaugural edition took place at Mumbai, and the festival was subsequently taken to Madras (now Chennai), Delhi and Calutta (now Kolkata) in the next few years.

It was in 2004 that Goa welcomed IFFI with open arms under then Goa Chief Minister Manohar Parrikar’s leadership. Over the years, the infrastructural progress in the state has only added to the festival’s prowess.

Khare said: “IFFI is growing every year. We have been having a country in focus, and this year, for the first time we have a state in focus as well — Jharkhand.

“We want to involve more and more states. India is, after all, a federation of states. Our states have a lot of talent in terms of filming, they have a lot of stories, so why not provide them a way.”