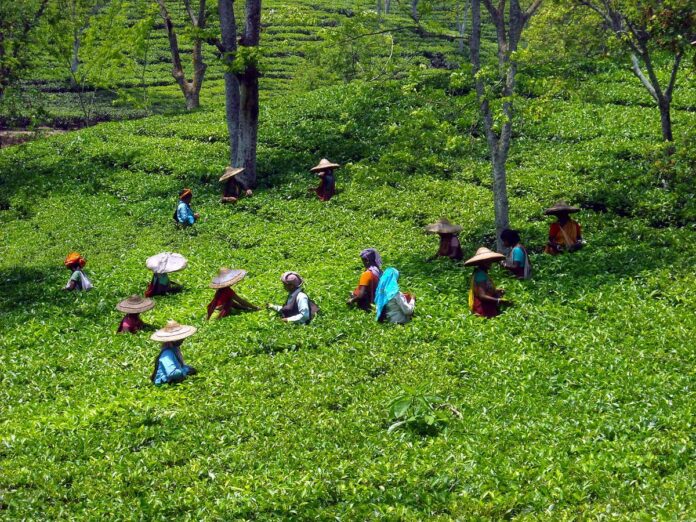 New Delhi– Don’t get puzzled if you don’t find aroma in your premium Darjeeling tea which you purchase from your neighbourhood shop or get delivered online.

It might be inferior tea imported from Nepal and sold as premium Darjeeling tea.

India imports a large quantity of tea from Nepal. In 2020-21, nearly 10.74 million kg of tea was imported from the Himalayan neighbours.

However, a Parliamentary standing committee was informed that due to large volumes of inferior tea originating from Nepal being wrongfully branded as Darjeeling tea, the premium price of authentic Darjeeling tea in the global markets is experiencing an undercut.

This is because the tea from Nepal is sold at a much cheaper rate due to their low cost of production and inferior manufacturing process.

Due to this, huge financial losses are being incurred on India’s exchequer. It was further stated that more than half of the total tea imports of India come from Nepal, said the report on Darjeeling Tea recently tabled in the Parliament.

The standing committee was distressed to note that the unhampered and easy influx of substandard tea from neighbouring countries, especially Nepal, is jeopardising the tea industry in India.

It is appalling to note that the inferior quality tea from Nepal is being sold and re-exported as premium Darjeeling tea, which not only is diluting the global brand image of India, but is also affecting domestic tea prices, the reports said.

Tea industry is the backbone of the economy of Darjeeling district in West Bengal and the surge in duplicity of Darjeeling tea poses a threat to tea production and the livelihoods of small tea growers in the region.

“The fake Darjeeling tea from Nepal undermines the vision of ‘Aatmanirbhar Bharat’ model of the government,” said the report.

The committee recommended the concerned department to undertake strong and vigilant measures to counter the import of low quality and cheap tea from neighbouring countries, especially Nepal.

The committee also recommended establishing an NABL accredited quality control lab in Darjeeling district for checking the conformity of quality standards of each consignment of imported tea.

It said that an investigation should be conducted by the Directorate General of Trade Remedies (DGTR) into dumping of tea from Nepal and for suggesting remedial measures and imposition of anti-dumping duty on imported tea. (IANS)