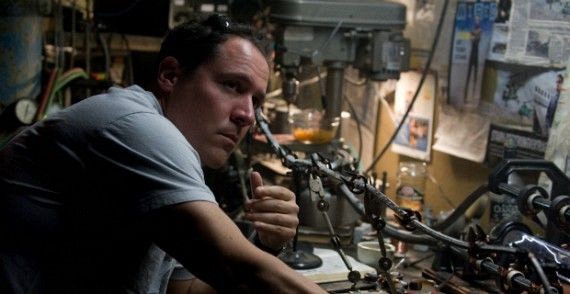 Los Angeles– He has never been to India, but is no stranger to the country’s cinematic portfolio. Jon Favreau, a name to reckon with in Hollywood, feels Indian cinema is engulfed in a “new movement” wherein “director-driven” and “independent” films with a unique vision are coming up — much like Hollywood during the 1970s.

The 1970s era is termed as the golden age of Hollywood (also refereed as New Hollywood era and the American New Wave) — a time when the American film industry saw immense creativity, and when young filmmakers experimented with new subjects, and imbibed the social changes into films’ plot. “The Godfather”, “Chinatown”, “Five Easy Pieces”, “The Deerhunter”, “Apocalypse Now” and “Being There” are some of the marvels that came up during the period.

Favreau, known for projects like “Iron Man” and “Chef”, notes a similar development in India, specifically pointing out at Anurag Kashyap’s “Gangs Of Wasseypur”, which grabbed audience attention when it was screened at the prestigious Cannes International Film Festival in 2012.

“Cinema is transforming in India right now. You know, tremendously prolific movies and titles are coming out of there. The Bollywood system has done incredibly well, but there is a new movement that is more director-driven, more independent, has started to emerge and reminds me of what happened in the US in 1970s,” Favreau told IANS.

Favreau walked back in time during a candid tete-a-tete with this IANS correspondent here at a restaurant of iconic The Hollywood Roosevelt hotel, which itself harks to the time gone by with memories of the first ever Academy Awards ceremony.

Favreau, whose new offering — Disney’s “The Jungle Book” — will release in India on April 8, a week before it hits screens in the US, confessed that like many others in his country, he had misconceptions about Bollywood. But “Gangs of Wasseypur” — a gritty drama set in Indian hinterlands — broke them.

He said: “The most recent I saw which felt different from anything will be ‘Gangs of Wasseypur’. I didn’t know that this was going on… Before watching the film, I thought about Bollywood what America thinks — Bollywood is big musical numbers, pageantry that feels like studio age of old Hollywood.”

“So I see that what has started to happen now… I know that it is exciting whenever there is a new interesting filmmaking going on… That has been going on in Hong Kong, Korea and now India seems to be emerging to have some unique voices in filmmaking.”

To an extent, Favreau stands true. Movies like “Masaan”, “Titli”, “Zubaan” and “Aligarh” are part of the new wave, which is not just finding critical acclaim on foreign shores, but also finding takers at the home turf.

Favreau, who has acted in films as well as television shows like “Friends”, noted that while the song-and-dance bit of Bollywood is still big, the country’s independent cinema is also emerging in an impressive way.

He stressed that while very few international films break through the American film market, “but some of the best — with a strong voice and unique vision — do”. (IANS)