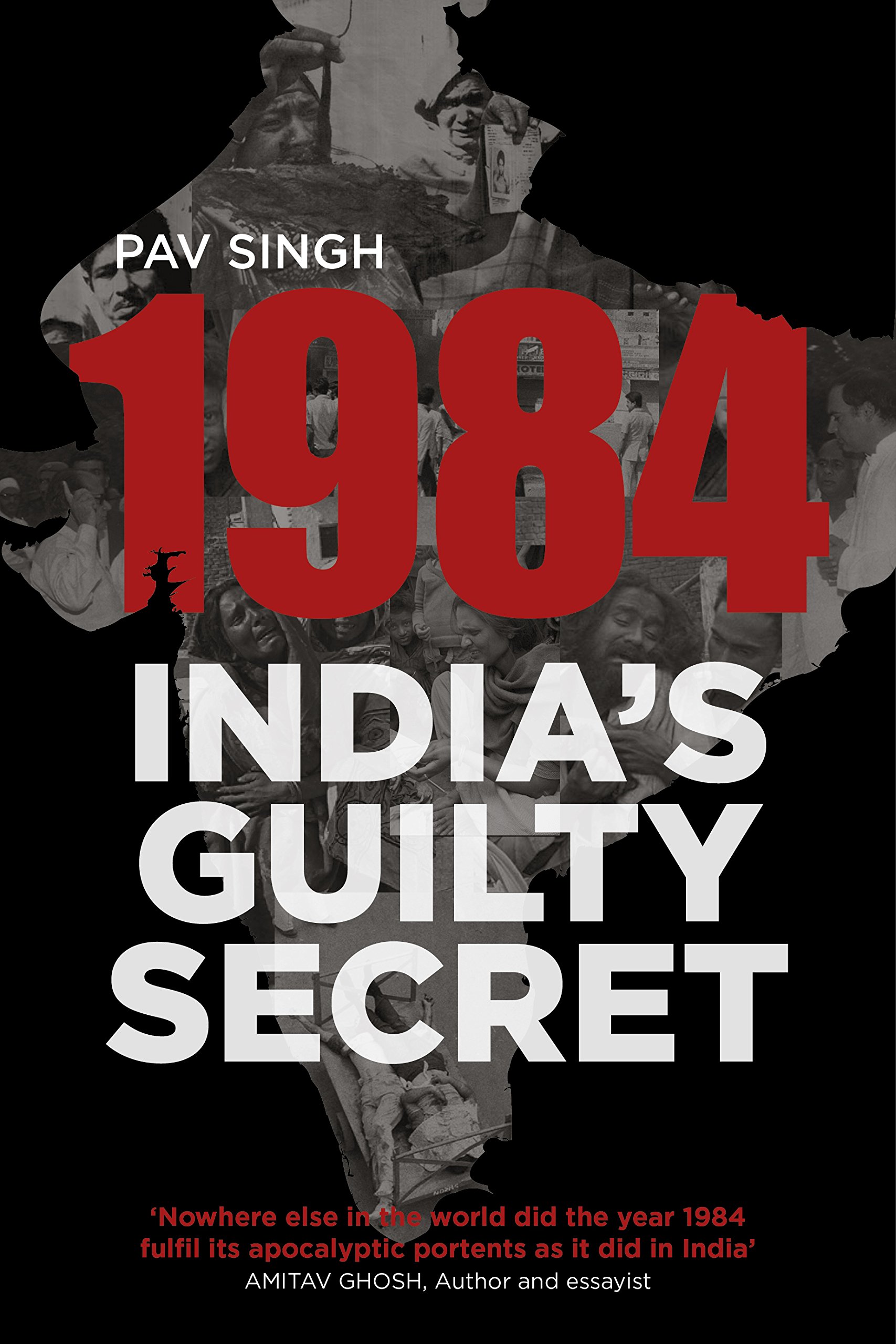 The 1984 anti-Sikh riots following the assassination of Prime Minister Indira Gandhi that claimed the lives of an estimated 8,000 people in Delhi and around the country were not spontaneous as has been made out but were government-orchestrated, says a scathing new book on the four days of mayhem, adding it’s time the world took note of the killings, as it did of the slaughter of a similar number of Bosnian Muslims in 1994.

“At the time, the authorities projected the violence as a spontaneous reaction to the tragic loss of a much-loved Prime Minister. But evidence points to a government-orchestrated genocidal massacre unleashed by politicians — with the trail leading up to the very heart of the dynastic Gandhi family — and covered up with the help of the police, judiciary and sections of the media,” the author writes.

The government of the day “worked hard on its version of events. Words such as ‘riot’ became the newspeak of an Orwellian cover-up, of a real 1984. To protect perpetrators, the most heinous crimes have been obscured from view; evidence destroyed, language distorted and alternate ‘facts’ introduced. The final body count is anybody’s guess”, the author says.

And yet, “what may well go down in history as one of the largest conspiracies of modern times is hardly known outside of India. At that time, Western governments toed the line of their Indian counterpart and downplayed events — arguably for fear of losing trade contracts worth billions — to the misnomer of ‘communal riots'”, the author says.

Pointing to a meeting held at the residence of then Information and Broadcasting Minister H.K.L. Bhagat on the evening of October 31, hours after Gandhi was assassinated, and attended by an Additional Commissioner responsible for the capital’s Central, North and East districts, and the SHO of the Kalyanpuri police station, all of which bore the brunt of the violence, the author, writes: “The foundation of their plan had, however, been laid well in advance and were in part the outcome of years of suspicion, misgivings and disagreements between the Centre and the state and its political, economic and social demands as framed by the Akali Dal, the governing Sikh-centric party in Punjab.”

“It is believed that key players in the Congress government used the increasingly volatile situation in Punjab to blur the perception of the Sikh community in the eyes of their fellow citizens… These poisoned sentiments gathered such deadly momentum that the execution of Operation Bluestar in June 1984 was regarded by some as ‘inevitable’,” writes Pav Singh, a member of the Magazines and Books Industrial Council of Britain’s National Union of Journalists who has been campaigning on the issue for a number of years.

To bolster the insinuation that the Sikhs’ desire for regional autonomy posed a national threat, the government commissioned a series of documentaries in early 1984. Mani Shankar Aiyar, Joint Secretary to the Government of India, was said, by an associate, to have claimed that “he was given the unpleasant job of portraying Sikhs as terrorists”. He was on some special duty with the Minister of Information and Broadcasting. The minister in question was none other than Bhagat, the book says.

Pointing to an elaborate cover-up of the four days of mayhem, the author says a key figure in the deception was Home Secretary M.M.K. Wali.

“At a press conference on 1 November, he insisted that most of the violence consisted of arson and that few personal attacks had occurred — in what seems an outrageous statement he even claimed that only two people had been confirmed killed in New Delhi.

“He revised the figure to 458 on Nov 4 soon after being sworn in as Delhi’s new lieutenant governor. The Indian Express had reported on Nov 2 that in two incidents alone there were 500 dead, including 200 bodies lying in a police mortuary and at least 350 bodies on one street in East Delhi,” writes Pav Singh, who spent a year in India researching the full extent of the riots.

His research led to the pivotal and authoritative report “1984 Sikhs’ Kristallnacht”, which was first launched in the UK parliament in 2005 and substantially expanded in 2009. In his role as a community advocate at the Wiener Library for the Study of Holocaust and Genocide, London, he curated the exhibition “The 1984 Anti-Sikh Pogrom Remembered” in 2014 with Delhi-based photographer Gauri Gill.

The book is highly critical of the manner in which subsequent governments have acted.

Figures released in 2013 show that of the 3,163 people arrested in the capital, just 30 individuals in approximately as many years, mostly low-ranking Congress party supporters, had been convicted for killing Sikhs. This represents less than one per cent of all those arrested, the book says.

“Out of those arrested, a staggering 2,706 were subsequently acquitted. Convictions for riot-related offences amounted to 412. One hundred and forty-seven police officers were indicted for their role in the killings, but not one officer has been prosecuted. Nobody has ever been prosecuted for rape,” the book says.

It’s time India and the world called a spade a spade, the book says in its conclusion. (IANS)