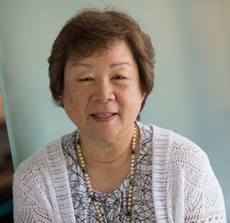 However, the country still battles with certain challenges such as desire for sons over daughters which brings an imbalanced sex ratio leading to demographic implications for a “marriage squeeze” where males are unable to find females to marry, she added.

The Professor said: “Because sex ratios at birth remains imbalanced, this suggests that couples are making choices about which pregnancies to carry forward before opting for lifetime sterilisation.”

According to her, “There are many factors that make India’s family planning unique. Firstly, India has the longest history of government-supported access to contraception. Secondly, it has maintained a decade-long focus on permanent contraception — female sterilisation primarily.

“Thirdly, it is experiencing the maturation of contraceptive service delivery in the context of a moderately rapid fertility transition and fourth, it has legislated legal abortion since 1971 which has given rise to the expanded sales of medical abortion products in the private sector.

The two generations of Indian couples have adjusted their childbearing practices to controlled contraceptive access, sometimes with more constraints than being faced by couples in Western or other countries of the Global South.

“While condoms remain popular in urban areas, there is a limited choice of contraceptive methods, especially for rural couples wishing to space births,” she says.

Professor Amy, who works with Departmental Affiliations — Population, Family and Reproductive Health Department in Baltimore, Maryland, was at IIHMR University, where she presented her research on ‘Why contraceptive prevalence declined between National Family Health Surveys-3 and 4 and, Performance Monitoring and Accountability (PMA) Agile.

When asked if contraceptive initiatives have been successful in making an impact on India, she said: “Economically, India is beginning to enjoy the benefits of what we call the ‘demographic dividend’, when the population age structure shifts in favour of a lower dependency burden, where fewer children and elderly need to be supported by those of working age. Between 1999 and 2017, the per capita GDP for India (based on purchasing power parity) rose from $1,880 to $7,060 or nearly four-fold.”

“This shift in the structure is brought about by lower birth rates, which here also is accompanied by higher contraceptive use levels. India is also ready to take advantage of the ‘second demographic dividend’ whereby government policies can promote annuity programs, savings, and other forms of investments such that family wealth can accumulate before an aged society starts to create a higher dependency burden and reduce the ongoing economic gains from the first dividend,” said Amy.

Asked about the challenges it faces, Amy said: “The first challenge is that India is not enjoying that part of the first demographic dividend that can be contributed by female employment. Reportedly, female labour force employment has declined recently, but the reasons need to be investigated.

“Possibly some of the reduction may be due to girls remaining in school beyond age 15, which is a positive development and promising for economic growth. In places, where half of the gainfully employed are female, this means a higher potential for economic growth, especially more investment in human capital quality. This is an area of development where Indian society and the government should not leave behind,” she opined.

According to her, the way forward for these challenges are good governance, equity, transparency and social justice, the principles by which all individuals can live productive and healthy lives.

“In terms of the reproductive health area, government provision of spacing and permanent methods without favouring one over the other will enable couples to enjoy full access and full choice.

“Communities and civil leaders, too, can eliminate subtle and overt forms of gender discrimination such that each birth, female or male, has an equal chance to be born and that child to grow in a healthy manner to adulthood and contribute to society.” (IANS)