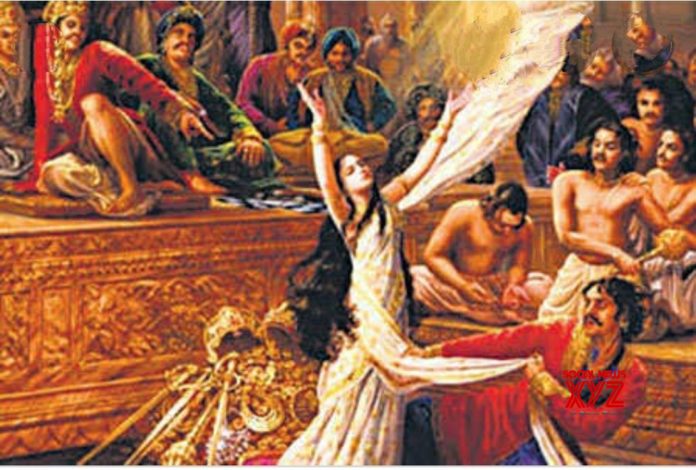 Agra–Women in the modern era are comparatively safer, better empowered and they enjoy a more dignified life than women during the days of ‘rajas and maharajas’ in ancient India. Often, women were publicly disgraced as victims of war or despicable politics practiced by feudal lords, says historian Dr. S. Chandnibi, Associate Professor, in the Department of History, Aligarh Muslim University.

Women had no political role in ancient India, nor were they empowered to play any significant role in the governance of the state. Their presence was merely ceremonial, says Chandnibi.

Talking to IANS, she said ancient literature available suggests clearly that women were not allowed to participate in politics, as in the 21st century. But despite their non-involvement in political matters, they were the worst sufferers and the most vulnerable group during those days of autocracy. The Tamil Sangam literature gives a vivid picture of the pathetic life of the royal women of the loser kings.

Even in the epic Mahabharata, the rivalry between the Kauravas and Pandavas climaxed with the public disgrace of Draupadi, the wife of the five Pandava brothers.

Chandnibi said women captives were made a part of the victors’ domestic establishment. Their living area was called as Velam. These women and children were forced to do all kinds of degrading work assigned to them in the palace. In many cases, they were compelled to become part of the king’s harem, where they were sexually abused against their will.

Pattinappalai, a Sangam literature (poem 246-249) explains that these women took bath publicly in a pond or a tank and lighted a perpetual lamp in the podiyil, which was a common meeting place and had to pray to God probably to secure their own deliverance and to save the souls of their dead husbands.

Clearly they had no freedom even to worship their own Gods and follow their own religious rituals. A commentator describes this as a compulsory service by the females which brought glory to the victorious king.

“As time passed, in the 7th century, we hear Rajyashri, the sister of Harsha Vardhana who escaped from the hands of the enemy and tried to commit suicide to get rid of such treacherous treatment. In south India, King Rajendra Chola I who ruled in the beginning of 11th Century AD boasted himself for having cut the hair of the royal women of the enemy king. The description in an inscription says that the royal chariot was pulled by using the enemy’s royal women’s hair as rope. As if this subjugation was not enough, we hear the king boasting how he created the perennial streams of tears rolling off the eyes of the women whose men failed to pay the tribute.”

In certain wars, the inscriptions describe the items of war booty to include hordes of women and detail how the king destroyed the honour and chastity of the enemy kingdom. Such descriptions are common in many inscriptions and copper plates of many Chola rulers, like the Tiruvangadu and Karandai Plates. This description which appears in the inscription is again supported in the literature called KaliThogai etc.

“This was rather the first time that a king openly took pride for such an atrocious behaviour towards women, although such inhuman treatment to women seemed frequent and often unquestionable. This might have been in practice to victimize the women in the war, as a political hate action at least for quite some time before Rajendra. The difference is that they never openly glorified such activities but it was Rajendra I who committed this grave blunder.”

Dr Chandnibi said for thousands of years we have been hearing and reading of gory details of subjugation and humiliation of women all over the world during and after the wars, in conflict zones. Women have been subjected to the cruelest and inhuman treatment for no fault of theirs throughout human history. Men have waged and fought wars, women, and children have had to suffer the consequences. This is the tragic tale, unfortunately.

In the modern era, such crimes would be unpardonable and considered highly objectionable especially among warring states or political parties in rivalry, Chandnibi added. (IANS)