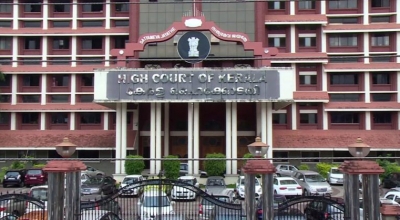 Dubai– Indian expats who lost their life’s possessions due to a fire at a warehouse in Dubai filed a plea with the Kerala High Court seeking legal assistance to recover their dues.

The petitioners claimed they have lost hundreds of thousands of dirhams worth of belongings assigned to the cargo firm to ship them to Kerala from UAE as they were all heading to the subcontinent for good. Most of them had lost their jobs and had sent their families back home amid the Covid-19 pandemic, Gulf News reported.

Secondly, the Kerala High Court, in this matter, is seeking relief for the victims by issuing a notice to the Central Government to direct the Embassy of India in the UAE to provide necessary legal assistance so they can receive their compensation.”

In response to a writ petition, a bench of the court, presided by Justice P.V. Asha, issued a notice, asking relevant authorities to consider the grievances of the petitioners and to provide free legal aid to initiate legal action for compensation.

According to the plea, a copy of which is with Gulf News, the petitioners claimed they lost their livelihood during the pandemic and paid thousands of dirhams to the cargo company to ship their belongings to Kerala. While the people returned home, their belongings – which they had accumulated through years – had still not reached them.

The petitioners, on knowing their goods and valuable possessions were ruined in the fire, sent representations to the Principal Secretary, NORKA (the organisation looking after the affairs of non-resident Keralites), who in turn forwarded the representation to the Ambassador, Embassy of India, Abu Dhabi in October last year.

George Joseph, who lost his job last March and was due to travel home in July, is staying back in Dubai until such time he hears any news of compensation. Joseph, who works as a travel agent in Dubai, said he paid 5,700 dirhams to ship his belongings to Kerala.

Another victim is Ramadas Paruvayakod, 48, who works as technical engineer in Dubai. He said he sent his family back to India for good. Their belongings have all perished in the warehouse fire.

“I had booked a jumbo box for a new fridge, washing machine and other things I was sending home. I paid thousands of dirhams for it. Plus the shipment cost too,” Paruvayakod added.

Roji Kurian, 43, who has a business in Dubai, said he too lost a music system, and all the furniture that he had bought over 15 years of his life in the country.

“It is unfair. I hope we do get compensation soon. Tens of thousands of dirhams has been lost.”

Mangesh Prasad Chapholkar, a freelance IT Consultant in Dubai for the last 22 years, said: “I sent a TV cabinet, bed with storage, kitchen equipment, utensils, my son’s certificates and trophies, my daughter’s certificates and trophies. The saddest thing is that I lost my family photos, videos, lots of antiques and electronic items. Life has turned topsy-turvy. I hope there is light at the end of the tunnel.” (IANS)