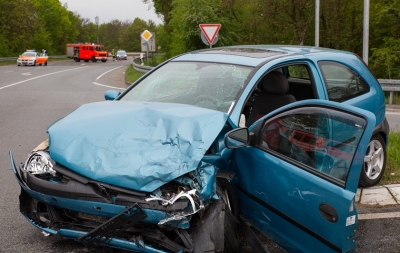 Melbourne–A 41 year-old Indian-origin man, has been charged with four counts of dangerous driving causing the death of four men from Punjab in Australia’s central Victoria province.

Harinder Singh Randhawa, who is recuperating in the hospital under police custody, was driving a Peugeot with four passengers inside when it collided with a Toyota Hilux ute at an intersection at Pine Lodge, near Shepparton earlier this month, the SBS Punjabi channel reported.

Randhawa will be appearing in Melbourne Magistrates’ Court on June 8.

The four men died on the spot, the police said, adding that they are investigating whether they were wearing seatbelts.

“They belonged to the state of Punjab and were on visitor visas in Australia to see their extended families,” Melbourne-based social worker Phulvinderjit Singh Grewal told SBS Punjabi.

Grewal told the channel that the families of the four men “were inconsolable”.

Victoria Police Acting Assistant Commissioner Justin Goldsmith told media that early signs pointed to a “T-bone type collision”, that is, when the front of one vehicle strikes the side of another, forming a ‘T’ shape.

The driver of the Toyota Hilux, a 29-year-old, was not seriously injured and stopped by to assist the police.

He was later taken to Goulburn Valley Health Hospital in a stable condition with minor injuries, according to Ambulance Victoria. (IANS)

Indian American killed in US state of Georgia, family injured

The age of AI is upon us and Microsoft is powering it: Satya Nadella

Indian man shot dead in US by 3 masked men