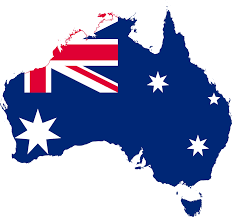 Sydney– India, the largest single source of migrants to Australia, is being cited as one of the reasons the population of this Indo-Pacific nation is booming — and, expectedly, Hinduism is likely to remain the country’s fastest-growing religion.

According to figures released by the Australian Bureau of Statistics (ABS), Australia’s population rose by almost 350,000 to 24.2 million during the fiscal ended September 30, 2016.

The increase, which includes almost 200,000 migrants, translates to a growth rate of 1.5 per cent.

The rising number of Indians in Australia also means more attention is being paid to the community. According to an estimate, the Indian-born population in Australia doubled in the five years between the 2006 and 2011 census from nearly 150,000 to nearly 300,000 people. The 2016 census is likely to provide similar results.

Other South Asian countries (Sri Lanka, Pakistan, Bangladesh, Nepal, Bhutan and the Maldives) also contributed significantly as nearly 10 per cent of the migrants came from these countries.

Thanks to a large number of Indians arriving in Australia as migrants, Hindus are also likely to eclipse Australian Muslims in numbers. When all 2016 statistics are made available later this year, it is expected that Hinduism (2.7 per cent of the population) will overtake the number of Australians nominating Islam as their religion (from 2.2 per cent to 2.6 per cent).

Besides contributing significantly to the growth in the Australian population, it is expected that Indian migrants would also become major drivers of the economy. According to some news reports based on the Department of Immigration’s figures, the Indian community is the most highly-educated in Australia.

An analysis of Department of Immigration and Border Protection data reveals that 54.6 per cent migrants from India have a bachelor’s degree or higher level of qualification. This ratio is three times higher than the national average of Australia which was pegged at 17.2 per cent in the 2011 census.

Unless the Australian government decided to curtail the ongoing migration programme size drastically midstream, the number of Indian migrants is expected to reach a new high when the figures become available later this year.

Victoria, which has Melbourne as its state capital, continues to attract the largest number of Indian migrants.

The growth in Australian population was faster than almost any other country in the 34-nation OECD group of nations, except for New Zealand.

It would be relevant to mention here that the neighbouring New Zealand is among the top sources of migrants to Australia but New Zealand citizens are not counted as a part of the Australian migration programme.