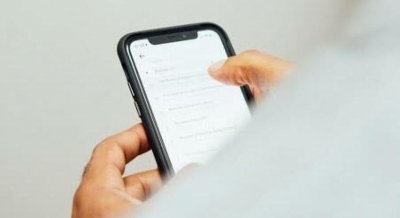 New Delhi– A majority of young girls in India have no or limited access to either mobile phones or computers, and this gap has widened alarmingly during the Covid-19 crisis, shows a new survey. According to Unesco, the lockdown in India has affected 158 million girl students, impacting their dreams of a formal education and of better lives.

The survey by New Delhi-based NGO Centre for Catalyzing Change (C3) — conducted across 29 districts in 10 states covering 4,100 respondents — found that there is a crisis of access to digital devices for adolescent girls in India.

“Access differs from state to state. Karnataka is where the maximum amount of adolescent girls enjoyed easy access to digital or mobile devices, with 65 per cent.

“Boys have easier access. In Haryana, the gender gap is the widest, while Telangana reported the lowest difference between the percentage of boys and girls having digital access (12 per cent). Family attitudes and biases restrict the time given to girls to access a digital device — 42 per cent of girls are allowed access to a mobile phone for less than an hour in a day,” says the NGO.

According to C3 Executive Director Dr Aparajita Gogoi, the Covid-19 pandemic has exacerbated the inequalities girls in India face, and “we need to work to keep them in school”.

“Covid-19 has highlighted a deep cesspool of the digital exclusion, but through data and insights we wanted to bring forward how intense an effort is required to overcome the gender divide in digital access,” adds Osama Manzar, Founder Director of the Digital Empowerment Foundation.

Notably, 65 per cent of teachers and 60 per cent of community organisations say that being a girl is a factor in accessing digital technology, as “most parents felt that a mobile phone is ‘unsafe’ and an ‘unhealthy distraction’ for an adolescent girl”.

Even when families and adolescents can afford smartphones, computers or other digital devices, it is always the male family members’ usage of such devices that is prioritized, found the survey. (IANS)