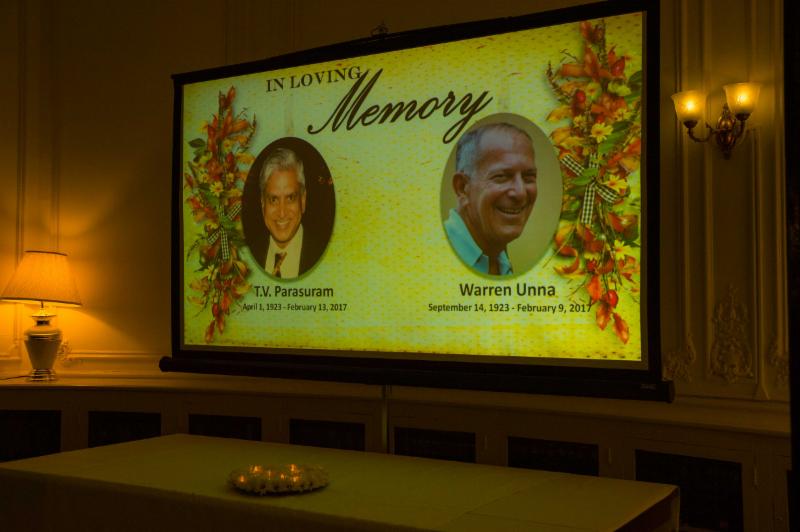 The event saw participation of the families and close friends of the departed souls, old India hands among the media and members of the Indian-American community.

Speaking on this occasion, Ambassador of India to the United States Navtej Sarna highlighted the stellar contributions of Mr. Parasuram and Mr. Unna in the field of journalism and promotion of greater empathy and deeper mutual understanding between the people of India and the world. Ambassador also drew attention to the passing away of another legendary journalist last night- Mr. Easwar Sagar [senior correspondent for The Hindu in the United States (1961-78)].

Condolence messages penned by Editors of Press Trust of India and The Statesman- two organizations with which Mr. Parasuram and Mr. Unna were closely associated, were also read out.

The event concluded with fond recollections by families, friends and colleagues of Mr. Unna and Mr. Parasuram.