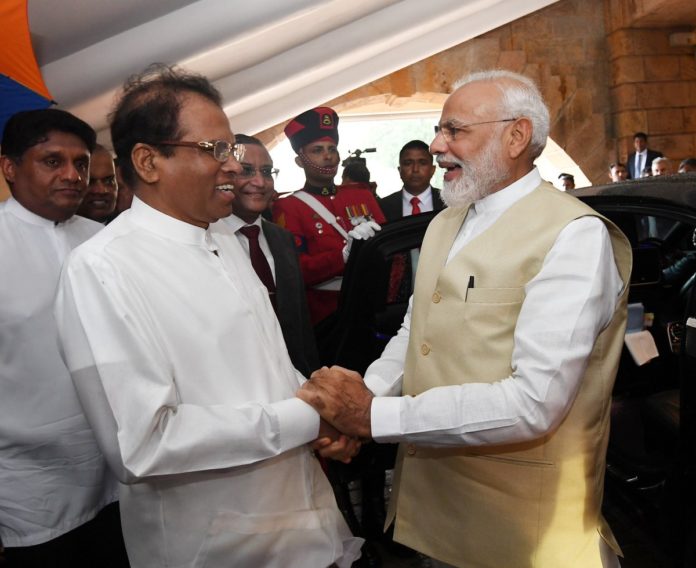 Colombo–Indian democracy has been strengthened by the sweeping mandate in the general elections, Prime Minister Narendra Modi said here on Sunday, adding that democracy is a part of Indian culture.

“The results of the Lok Sabha elections are a matter of study for the world as to how mature Indian democracy is. We have seen people’s respect for democracy and their commitment to it,” Modi told the Indian community in Sri Lanka gathered at the India House.

He said that although the Indian elections saw a lot of attacks and counter-attacks among the rivals, Indians became one “from Kashmir to Kanyakumari” once the vote count was over, triggering applause in the crowd.

Stating that women voters turned out in record numbers, Modi said: “The message of this election is that as a democracy we have matured. Democracy is our tradition and there is democracy in our culture.”

The Prime Minister also appealed to the diaspora to contribute to India’s development.

“We have to take the country forward together. We have to increase the pace of development. We will try to fulfil the dreams of every Indian. You also contribute to India’s development.”

India’s image, he said, had changed a lot in the last few years.

“I have been travelling around the globe and have never come across any complaint about Indians residing in various countries. This is due to Indian culture and tradition.

The Prime Minister later shook hands with many members of the Indian community. (IANS)