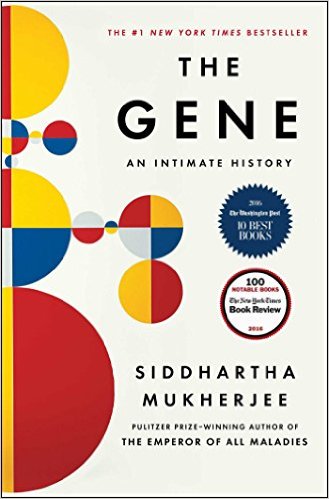 London– Pulitzer Prize winning Indian-American writer Siddhartha Mukherjee’s latest book ‘The Gene’ has made it for the longlist of this years Wellcome Book Prize.

Weaving science, social history and personal narrative, Mukherjee has written a history on genetics. The book animates the quest to understand human heredity and its surprising influence on our lives, personalities, identities, fate and choices.

“The challenge of judging the Wellcome Book Prize is that we have all had to read outside our own areas of expertise. That makes demands both of the judges and of the books.

“This longlist is evidence of the breadth, humanity and creativity at work in the submissions for the prize and we commend each of these 12 books for your reading pleasure,” Val McDermid, Chair, Wellcome Book Prize 2017 judging panel, said in a statement.

Wellcome Book Prize is an annual award with 30,000 pounds prize money that recognises new works of literature, both fiction and non-fiction, that have a central theme engaging with some aspect of medicine, health or illness.

The shortlist for the 2017 prize will be announced on March 14 and the winner on April 24.