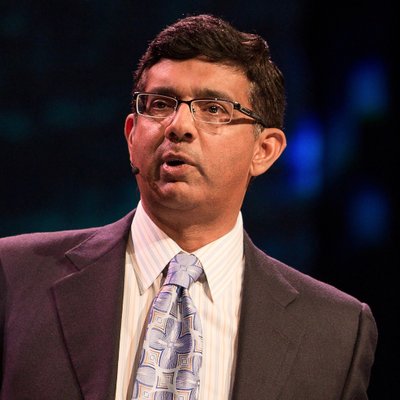 Trump said that D’Souza had been “treated very unfairly by our government”.

He was one of 73 people whose pardons were announced on Wednesday morning. Seventy others had their sentences commuted.

Last month, Trump pardoned Charles Kushner, the father-in-law of his daughter Ivanka Trump. Kushner was convicted of tax fraud, retaliation against a witness and lying to the Federal Election Commission.

At that time another person close to Trump, 2016 campaign chairman Paul Manafort, also received a pardon. He had been convicted of a financial fraud involving the former Soviet Union.

Trump’s former political strategist Stephen Bannon, who had been charged with alleged fraud in connection with a private campaign to build a wall along the Mexican border to further Trump’s border wall promise was also pardoned.

Mumbai-born D’Souza was convicted of illegally sending $20,000 in contributions to the senate campaign of former classmate, Wendy Long, by routing them through others to avoid the maximum limit on political funding.

He spent eight months in a halfway house — where those sentenced stay under strict restrictions in the prison-like facility while being allowed only to go to work or to other essential functions.

D’Souza, who is a conservative, has made movies critical of Democrats like “Obama’s America” based on his 2010 book “The Roots of Obama’s Rage”, which was an attack on the former president. (IANS)