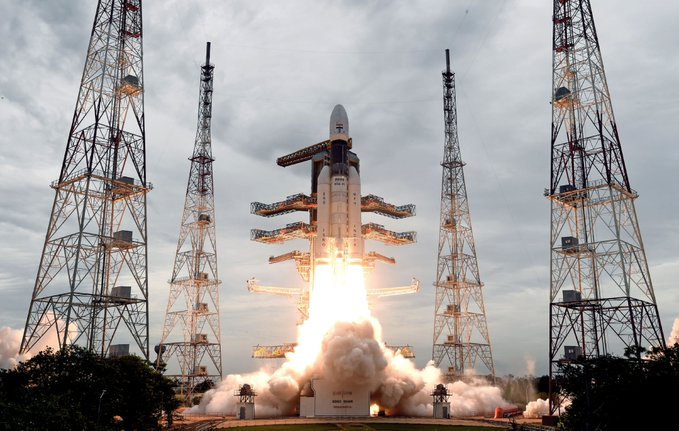 Bengaluru–India will launch its third mission Chandrayaan-3 to the moon in an attempt to land on its surface in 2020-21, after its second mission Chandrayaan-2 failed to accomplish it as its lander crashed on it on September 7, 2019, a top space official said on Wednesday.

“The government has approved Chandrayan-3 mission for soft-landing near the south pole of the moon later this year or early next year. Unlike in Chandrayaan-2, the third mission will have only a lander and rover and not an orbiter,” state-run Indian Space Research Organisation (ISRO) Chairman S. Sivan told reporters here.

As a result, Chandrayaan-3 will cost the space agency Rs 610 crore, including 250 crore for lander and rover and Rs 360 crore for its launch rocket as against Rs 960 crore spent on Chandrayaan-2, which had an Orbiter that is circling around the moon at about 100km from the lunar surface.

“A propulsion system (a no-strap on rocket) will be used to carry a new lander and a new rover to the moon with instruments for experiments that will be same as those that were lost following the crash-landing of Chandrayaan-2 lander with rover in it in its final phase,” said Sivan.

Though Union Minister of State for Space Jitendra Singh on Tuesday said in New Delhi that Chandrayaan-3 would be launched in 2020, Sivan clarified that a space mission of such size and scale would take at least 14-16 months to accomplish.

“Though our target is to launch the lander and rover later this year, it may spill over to 2021 as we need over a year-and-a-half for landing them on the moon,” asserted Sivan.

Chandrayaan-1 was launched in October 2008 with an orbiter and a lunar impact probe, which was made to crash on the moon.

“The Chandrayaan-2 Orbiter will be used for communicating with the lander and rover of Chandrayaan-3 during their mission on the moon,” added Sivan. (IANS)