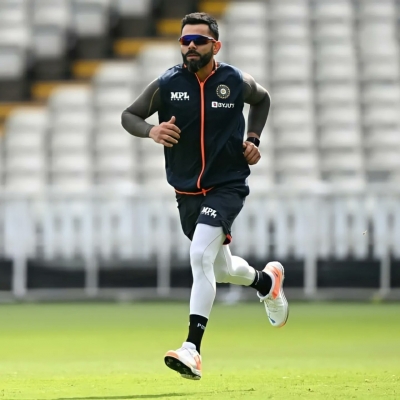 New Delhi– Former cricketer Sanjay Manjrekar feels that India should have played Virat Kohli in every international match possible instead of giving rest as more game time would have helped the star batter in getting his form back.

Kohli has not scored a century since November 2019, struggled for runs during this year’s IPL and even failed to contribute much with the bat during the recently-concluded tour of England. With his recent poor performances, questions have also been raised about his place in the team.

The 33-year-old has been given rest for India’s ongoing tour of West Indies and the upcoming ODI series against Zimbabwe.

“I think they should have played Virat Kohli in every International match possible, whatever the format because Virat has had his breaks. People are advocating that he should take some breaks and he’s had his breaks. If you look at the last two years, he’s not played a lot of International cricket. Maybe there’s some logic there that we don’t know about. Maybe they had a chat with Virat Kohli, but my personal view is the more Virat Kohli would’ve played and especially these matches would’ve been better for him,” said Manjrekar on SPORTS18’s show ‘SPORTS OVER THE TOP’.

“Bhuvneshwar Kumar clearly has said like it is with a lot of players when you’re going through a rut, the best way to come out of the rut is by playing. So hopefully that will happen soon,” he added.

The noted commentator Manjrekar also gave an example of Bhuvneshwar Kumar, who has bounced back superbly and getting better with each game.

“Bhuvneshwar recently gave an interview, and he is at his peak at the moment. Eighteen months back, we thought he may not have an international career. But, he has bounced back superbly and is a certainty to make the T20 world cup squad. And he said, the more I bowl, the more I get my rhythm,” Manjrekar said. (IANS)