New Delhi– Top India and Pakistan military commanders on Tuesday spoke over a special hotline contact and committed to peace on the borders in Jammu and Kashmir amid persistent crackling of gunfire and mounting casualties on both sides. 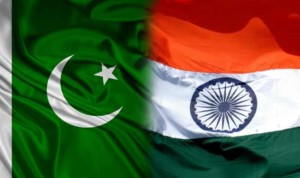 “Both the DGMOs reviewed the prevailing situation along the Line of Control and International Border in Jammu and Kashmir,” an army spokesperson said.

Lt.Gen. Chauhan, the spokesperson said, “agreed with the proposal (from his Pakistani counterpart) to undertake sincere measures to improve the existing situation to ensure peace and avoidance of hardships to the civilians along the borders”.

They agreed to “fully implement” the 2003 ceasefire agreement “in letter and spirit” and ensure the truce was not violated.

“It was also mutually agreed that in case of any issue, restraint will be exercised and the matter will be resolved through utilisation of existing mechanisms of hotline contacts and border flag meetings at local commanders’ level.”

The Pakistan Army in an identical statement said a special hotline contact was established with the Indian DGMO “to ensure the ceasefire will not be violated by both sides”.

The latest DGMO level talks came after repeated ceasefire violations on the borders in Jammu and Kashmir that caused many civilian casualties earlier this month.

Similar talks were held between the two countries on April 27. (IANS)