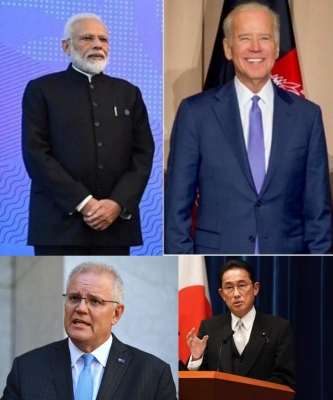 Washington– US President Joe Biden said that only India among fellow the Quad allies, which also include Japan and Australia, has been “somewhat shaky” in its response to Russia over the invasion of Ukraine, the BBC reported.

The US, Japan and Australia have sanctioned Russian entities, but India has not imposed sanctions and has also abstained from three votes condemning Moscow at the UN, the report said.

India has said the escalation of tensions “is a matter of deep concern” and has reiterated that the issue can only be resolved through diplomatic dialogue.

Biden lauded other allies saying “we have presented a united front throughout the Nato and in the Pacific” in response to Russian President Vladimir Putin.

“The Quad – with the possible exception of India being somewhat shaky on some of these – but Japan has been extremely strong, so is Australia in terms of dealing with Putin’s aggression.”

India has had to walk a diplomatic tightrope over Ukraine as it tries to balance ties with Moscow and the West.