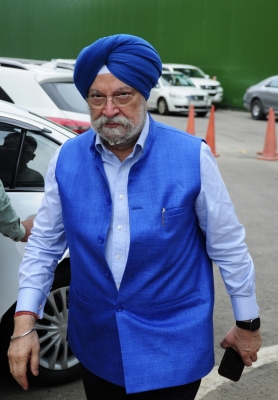 Addressing the 25th Energy Techonology Meet in Mumbai, he said that despite the unique challenges posed by the current global setting, India is wedded to the concept of net zero and is committed to making a transition from the world of hydrocarbons to a world where green and sustainable energy will be determining our energy needs.

Puri further said that the country’s per capita energy consumption is one-third of global average now and will surpass it in the years to come.

“India is on a path to become a $10 trillion economy in 2030 and third largest economy in the world by 2047 and therefore, there is a growing need to change the energy mix,” the minister added.

He reiterated the Government’s resolve to not let anything undermine commitments towards green transition.

“By May 2022, India had already attained 10 per cent biofuel blending and is now on course to reach the 20 per cent mark in a year or two,” Puri said later during a media interaction. (IANS)