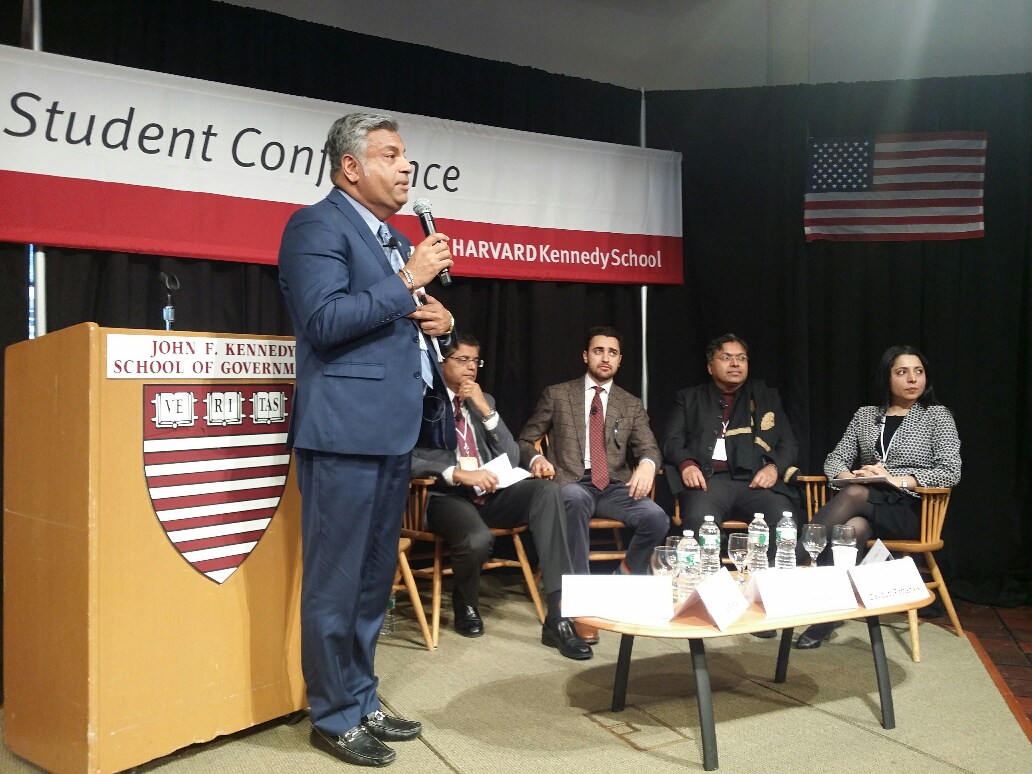 CAMBRIDGE, MA—LGBTQ rights in India today is getting a tipping point and large businesses houses need to do more to stop discrimination against the Lesbian, Gay, Bisexual, Transgender and Queer community, according to a panel on the LGBTQ Rights in India at India Conference 2016 at Harvard.

“We are getting to the tipping point,” said Jay Panda, a member of Indian Parliament, who spoke at panel discussing current economic, legal and social complexities confronting the right of India’s gay community at India Conference, which organized annually by Indian students at Harvard University.

Panda talked at length about the status of S.377 of Indian Penal Code of the colonial era that continues to criminalize homosexuality. He said there has been some good news in the wake of the Indian Supreme Court decision in 2014 recognizing transgender community as a third gender but more needs to be done.

With Supreme Court currently deciding to review its previous ruling on Section S.377 of the IPC, it is a very delicate moment as far as LGBTQ rights in India are concerned.

Either the Supreme Court decision could be a historic moment for the country or end up being like two step forward and one step backward.

“We are at a potentially historic turning point,” Panda said. “What was unacceptable 10 years ago is being accepted now, but it is not a time to celebrate yet.”

While the Supreme Court is deciding to review the case, the Indian Parliament is hesitating to take a call on this issue, Panda added.

Ridhika Batra, US director of the Federation of Indian Chambers of Commerce and Industry, said that the Indian business community has taken a number of steps to address the discriminatory policies towards LGBTQ community, but more need to done.

She said some Indian companies like Godrej and Infosys have taken specific measures to promote rights of the LGBTQ community.

Devdutt Pattanaik, Indian mythologist and writer, gave numerous examples of acceptance of LGBTQ in the Indian mythologies and said ignorance about such is a big problem.

The LGBTQ Rights in India panel was moderated by Amit Dixie, an openly gay and HIV-positive and founder and executive director of the South Asian Arts Council.