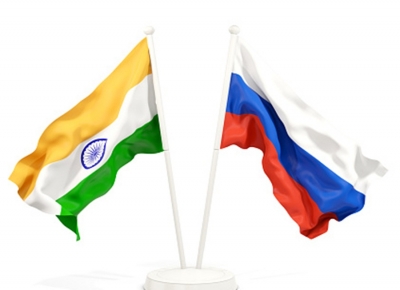 Washington– India’s refusal to condemn Russia’s invasion of Ukraine and efforts to protect trade mean one of Washington’s most valued strategic partners is actively undercutting its efforts to isolate Moscow, Axios reported.

Russian President Vladimir Putin’s invasion has become a stress test for America’s global partnerships. America’s treaty allies are all onside, including those outside NATO such as Japan and South Korea. India, for reasons of history and geopolitical pragmatism, is very much not, the report said.

India abstained on a series of UN votes condemning the invasion.

One such resolution was backed by 141 countries, though a Russian diplomat contended that with China and India both abstaining, the critics represented less than half of the global population.

While the US and EU have led a global push to isolate Russia economically, India has been buying up more Russian energy at a discount, Axios reported.

As per the Financial Times, India’s central bank is discussing a rupee-ruble trade plan with Moscow to ensure it can continue to buy Russian goods, potentially weakening the effects of Western sanctions, the report said.

US officials say they understand India’s delicate position vis-a-vis Russia, though White House Press Secretary Jen Psaki called on India’s leaders to “think about where you want to stand when history books are written”.

The British Trade Secretary said Thursday that the UK is “very disappointed” by India’s position and hopes it will change. That’s not looking likely, Axios reported. (IANS)