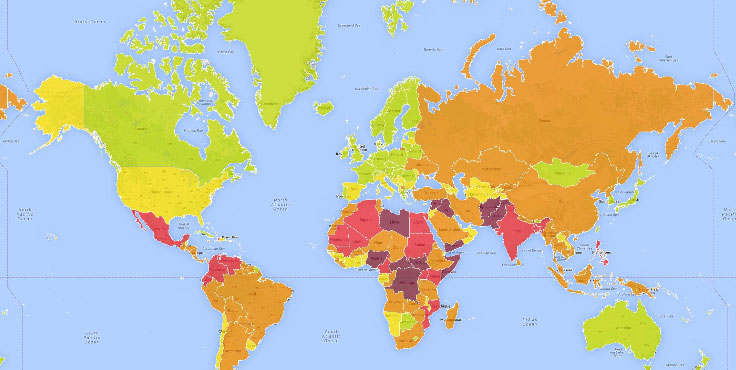 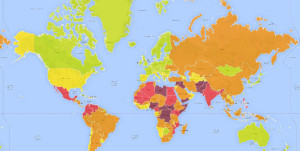 LONDON–Intensified civil conflicts in Africa, entrenched criminality in Latin America and the advance of Islamist militancy in spaces worldwide have contributed to “severe” kidnap ratings for 11 countries, up from eight in 2015. A further 11 countries, including India, Egypt, Lebanon, Cameroon and Kenya moved from “medium” to “high” – the latter four of these all face significant threats from Islamist militancy, according to a report from NYA International.

“Kidnappings in India continued to illustrate the country’s dominance as a global kidnap hotspot in 2015,” the report said. “Prominent threats originate from criminals planning intelligence-led abductions as they have demonstrated familiarity with their victims’ habits and wealth for targeting. Indian nationals were mainly targeted for financial as well as political demands, most commonly observed in kidnappings by Maoist rebel groups in the east and northeast regions.”

In 2016, India is likely to remain a top global kidnap hotspot as well, particularly given continued high levels of poverty and corruption in law enforcement facilitating such crime, according to the report. “Express kidnappings were sporadically reported in 2015, and may similarly shape kidnap threats in major cities in 2016. While foreign nationals are generally exposed to low kidnapping threats, risks may increase in rural areas where militant groups are active,” the report said.

Kidnapping threats in Asia have varied and evolved between countries, with Afghanistan and Pakistan retaining the most significant threat from criminal and terrorist elements. In the Philippines, the Abu Sayyaf Group has heightened the kidnap threat to foreign nationals in the south, and a potential rise in express and virtual kidnappings in China may stem from the growing use of social media, the report said.

In 2015 Pakistan ranked among the top five global kidnapping hotspots. Political and criminal motives have driven most incidents nationwide, with terrorist groups continually responsible for abductions particularly in Khyber Pakhtunkhwa and Balochistan. Local nationals were largely targeted compared to foreign nationals nationwide, and perceived high-net-worth individuals and their dependents were also especially targeted.

In 2016, global economic uncertainty and low oil prices threatens to exacerbate the kidnapping threat in countries such as Mexico, Nigeria, Venezuela and Libya, where threats are already high to severe.

There is cause for optimism however: peace talks in Colombia, once the world’s leading kidnap hotspot, showed mediation and concession can reduce threats, albeit over time.

There are severe threat ratings for piracy off Somalia, Nigeria, Singapore and Malaysia. Although there have been no hijackings of large commercial vessels off Somalia since 2012, attacks, sightings and hijackings of smaller vessels in 2015 indicate the threat remains severe. Extremely violent hijackings, offshore crew kidnappings and a return to militancy in the Delta sees Nigeria retain its severe threat rating. Criminal boardings off Singapore and Malaysia remain constant, and periodic hijackings for cargo theft contribute to its severe rating.

Alex Kemp, Managing Director of NYA, said: “NYA’s 2016 Kidnap and Piracy map shows some of the security threats that organisations face as they operate globally. We advise organisations to be fully informed about the threats, put appropriate mitigation measures in place, provide security training for their staff, and ensure that the organisation is prepared to response to incidents of this nature, if they occur. Good security risk and crisis management helps protect human lives, and safeguard the organisation’s operations and reputation.”