STONEHAM, MA–Philanthropy has rightly been called a bridge to hope, especially when the mission is food and education for millions of children. It has direct effect on improving the quality of life of an entire nation and future generations to come.

In this special edition of Chai with Manju, we talk to two well-known philanthropists: Desh Deshpande, chairman of Akshaya Patra USA, and Linda Pizzuti Henry, managing director of the Boston Globe and director of the Red Sox Foundation and Liverpool Football Club Foundation. 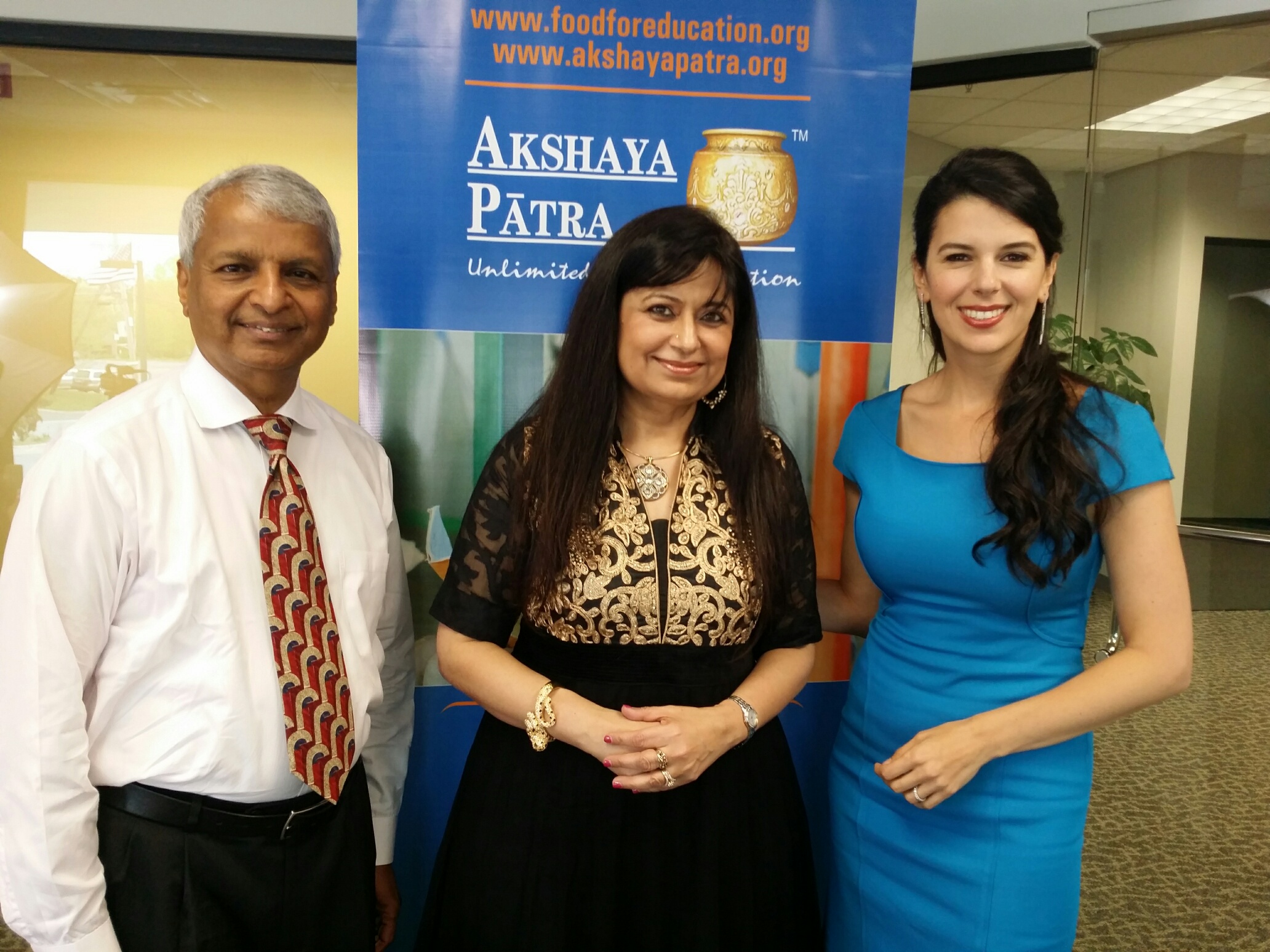 Henry will also be the chief guest at the upcoming Akshaya Patra’s 2015 Annual Boston Gala on Saturday, June 13th at the Westin Hotel in Waltham, MA. The event will also feature Kevin Negandhi, anchor of ESPN’s SportsCenter, and Tom Ashbrook of NPR on Point.
In this exclusive Chai with Manju interview, Henry talks about giving back in life and also about her life, marriage to the Boston Globe and Red Sox owner John Henry, her kids, Red Sox and on being a Bostonian. She shares her philosophy about harmony in life rather than work life balance. Deshpande talks about Philanthropy and Akshaya Patra, which currently serves school lunches to more than 1.4 million children across India.