WALTHAM, MA– The Indian Medical of Indian Medical Association of New England (IMANE), the oldest organization of physicians of Indian origin in the United States, on Saturday held its annual general body meeting and installed Dr. Dhrumi Shah, MD, as president for 2020 and elected Akash Patel. MD as President-elect and other members of the executive committee and board of trustees.

Dr. Shah and other newly-elected members will assume their roles on Jan. 1. IMANE elected Seema Gupta as its Secretary. The position of Treasurer was left open and will be filled later.

In his acceptance speech Dr. Shah said that about 95 percent of members of his executive committee are members of the previous committee whose term is expiring by the end of this year.

In a published message to IMANE members, Dr. Shah said: “I feel honored and humbled at the same time representing all of us as IMANE community with the drive to create value.

He said the purpose of IMANE if not only to organize and support various professional and social activities within the region, but also to create a dynamic environment for future generations to get inspired and promote values of inclusivity, diversity and collaboration.

“I am a family physician, informaticist and a social entrepreneur with a passion to improve healthcare by making it a little more ‘healthy’ and ‘caring’ through collaboration and innovation,” said Dr. Shah.

Dr. Shah did his Family Medicine training at New Jersey Medical School, and subsequently graduated from University of Illinois Chicago completing his Post Masters in Health Informatics. He is actively involved in Health IT space via advisory services and participates in national and regional speaking engagements.

In her message to IMANE members, Outgoing President Dr. Muppana said: “It has been a very enriching year in terms of building relationships and collaborating with different organizations and trying to get members involved, and to get more prominence for IMANE in the medical community locally and nationally.” 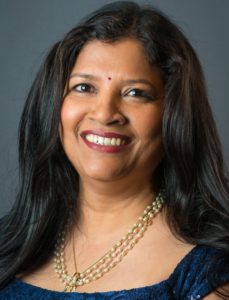