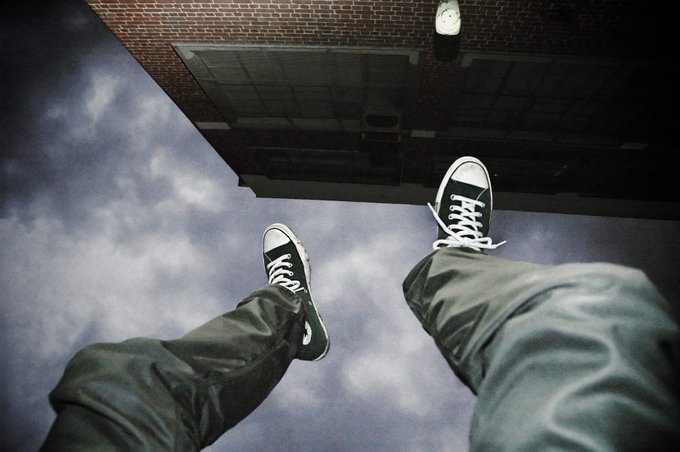 Hyderabad– It’s more than 2 months since COVID-19 cases surfaced in India, and despite constant dissemination of information about the virus, fears about the medical condition continue among lay persons, leading many to take extreme steps.

In fact, it’s not just the fear of Covid-19 but the doubt of contracting the virus that is also driving people to suicide.

In the latest such incident, a man in Hyderabad jumped to death from his apartment building on Saturday merely on the suspicion that he may be exhibiting Covid-19 symptoms.

The tragic incident occurred in the Ramanthapur area, when the 60-year-old leaped off the third floor of his apartment building. He sustained severe head injuries and died on the spot. Police shifted the body for autopsy and registered a case of death under suspicious circumstances.

According to Vasiraju Krishna Murthy’s family, he was suffering from gastric problems and fatigue. Since he had doubts that he may be infected with Covid-19, he approached government-run hospital King Koti a few days ago but doctors told him that he was not having any such symptoms.

As he was not satisfied with the diagnosis, the family members agreed to take him to Gandhi Hospital, the state nodal centre for Covid-19, for screening. While getting ready to go to hospital on Saturday morning, the man jumped from the balcony of his apartment.

This is the second such incident in Telangana. In March, a man in Suryapet district had immolated himself due to fear that he may have been infected.

In neighbouring Andhra Pradesh, two persons had killed themselves in February-March due to doubts that they may have contracted Covid-19.

Suicides by three Covid-19 patients at hospitals were reported last month from Delhi, Bengaluru and Meghalaya.

Authorities at the government level as well as health officials have been constantly reassuring people that coronavirus is similar to most other viral infections and in fact has a lower mortality rate. (IANS)