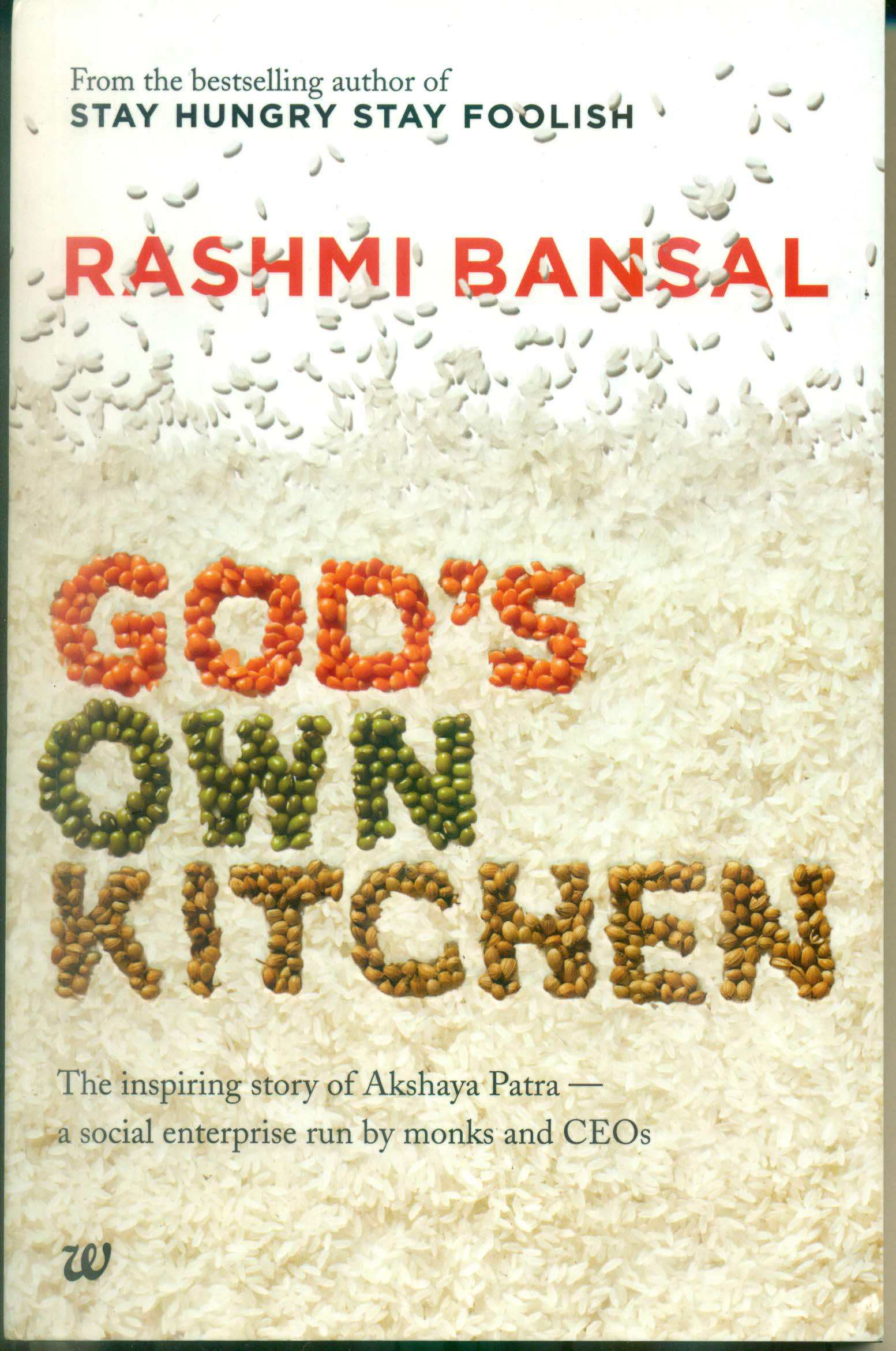 Rajiv Gandhi, as a newly-elected MP, often spoke extempore at conferences and seminar. At one such event, an international conference on tourism and mountaineering in the Himalayas, he had this, perhaps apocryphal story to tell (in what context, I can’t recollect):

An exporter of live crabs from Kerala was constantly looking at ways to cut costs. Initially, he narrowed the gauge of the material used to fabricate the containers. Then he did away with the lid and yet, if the manifest listed 300 live crabs, that was the number in the container.

“How come?” the incredulous American importer asked. “You see, these are Indian crabs. The moment one tries to climb out, five others pull him down. There’s no concept of togetherness,” the exporter explained.

Apocryphal or not, this story would be extremely familiar to Akshaya Patra, a social enterprise run by monks and CEOs, described as the world’s largest NGO and which, in spite of the numerous hurdles it has had to face, serves hot meals to 1.6 million students in government schools every day during term time.

But the pitfalls have been many, and just one will suffice here.

Way back in 2004, Akshaya Patra had attempted to start operations in Delhi, but despite the backing of telecom czar Sunil Bharti Mittal, “there were vested interests and tangled threads of bureaucracy which had made it impossible to function”, writes Bansal, an author, entrepreneur and youth expert who has under her belt seven bestselling books on entrepreneurship that have sold more than a million copies and have been translated into 12 languages.

Some years later, the then Delhi Chief Minister Sheila Dixit invited Akshaya Patra to start a kitchen and feed 2.5 lakh children daily. However, land was not forthcoming even though the Lieutenant Governor was “encouraging”. Then came the question of permissions being sought and even though Dixit threw her weight behind them, they weren’t forthcoming and she finally threw up her hands, saying: “You don’t understand Delhi…”

That was the signal to the fixers to step in and demand a cut for “getting your work done”. The organisation stood its ground and secured initial approval to feed 30,000 children for three months.

There was the question of the menu with the one set by the Delhi government costing Rs 17 per meal, against the countrywide norm of Rs 7.

“This was an unhealthy situation — for the children and for Akshaya Patra… a decision was taken to close down the kitchen. This was one time that Akshaya Patra had failed miserably,” writes Bansal, an economics graduate from Mumbai’s Sophia College who also holds an MBA from IIM-Ahmedabad.

The organisation faced similar hurdles in other parts of the country too, notably in Vrindavan and Bhillai, and the state of Odisha, where any number of sharks wanted to meet “Mr Patra” till it was explained to the mystified enterprise that this was a common surname in the state.

And yet, Akshaya Patra has soldiered on, backed as it is by individuals like Madhu Pandit Dasa, President of ISKCON, Bengaluru; Mohandas Pai, the then CFO of Infosys and now Chairman of the Manipal Global Education Group; Chanchalapathi Dasa, Vice-President of ISKCON, Bengaluru; and Raj Kondur, a Harvard Business School graduate and venture capitalist — and not to forget Sudha Murthy, the wife of Infosys co-founder Narayana Murthy and an evangelist in her own right.

Little wonder then that an A.C. Nielson report “highlighted the positive impact of Akshaya Patra on education outcomes. The meal was ‘more than a meal’. It was an incentive to come to school, to stay in school and study better”, the book says.

Harvard Business School “published a case study on Akshaya Patra, catapulting the organisation onto the global stage, translating the language of poverty into the language of business”.

Never has a hot meal been skipped in the last 16 years and today, Akshaya Patra serves kids in 13,800 government schools across 11 states from 27 kitchens — recording its two billionth meal in May 2016.

“The dream is to reach five million children (daily) by 2020,” Bansal writes, quoting Mohandas Pai as saying: “We pray to God… that he gives us the strength every single day.”

To put that prayer in perspective, here’s a sobering thought: “The total number of mid-day meals served in India each day is 120 crore (1.2 billion), across 12.65 lakh (government) schools. Most of them receive substandard meals,” Bansal writes.