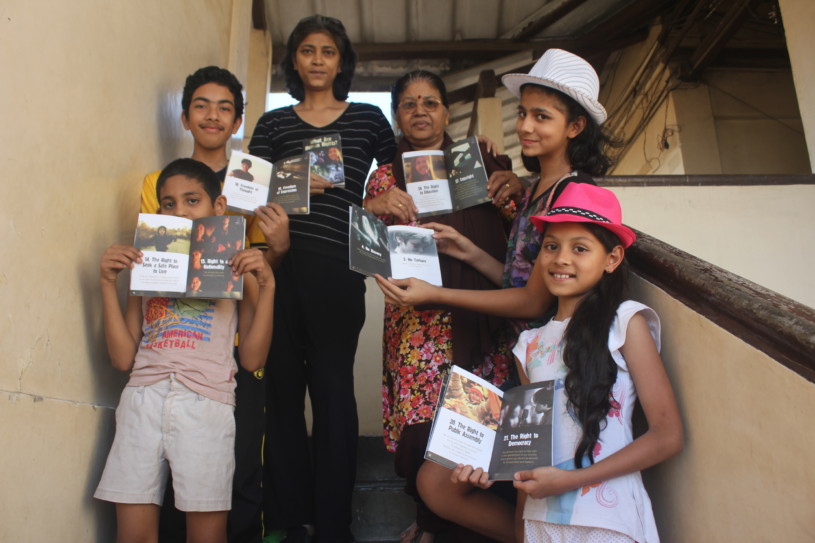 In the world’s largest democracy, human rights are not yet guaranteed. Children are ripped from school and dressed for early weddings, some 53 percent have been subjected to sexual abuse, and the nation is home to the world’s largest number of child laborers—under age 14. 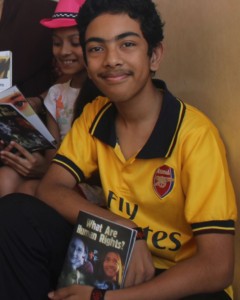 But English teacher Michael of the GloWorld Finishing School in a Mumbai village is working to counter those trends, and when she began educating her students using the Youth for Human Rights program, she saw a dramatic transformation.

Students that were previously rude—even violent—became calmer and kinder to their fellows. Those whom Michael describes as “addicted” to mobile games deleted them and helped others do the same. They began defending each other’s right to education. Several drug-abusing youth, of their own accord, resolved to make a fresh start, and burned their drugs in a bonfire.

“They are now attracted to the right way to stop the wrong things,” Michael says. “I see the children feeling honored when I give them that hat of advocacy.”

Youth for Human Rights is an international nonprofit supported by the Church of Scientology, dedicated to raising awareness of and implementing the world’s premier human rights document, the Universal Declaration of Human Rights (UDHR). It does so by breaking down and bringing to life each of the UDHR’s 30 articles through simple booklets and illustrative Public Service Announcements—one for every human right. These brief videos show what it means to be “Innocent Until Proven Guilty” in the schoolyard or how youth can protect each other’s inalienable “Right to Privacy” in a high school cafeteria, to name a few.

Within weeks of implementing Youth for Human Rights and getting such results, Michael received requests from one hundred surrounding villages to do the same there.  She calls this task to elevate the hearts and minds of Mumbai’s youth “mission possible” and “a noble cause.”

“I hope my contribution can make the world a better place,” she says.

The award-winning materials of Youth for Human Rights are available free of charge online at youthforhumanrights.org. The international program has been in use in India for more than 12 years, and its network of volunteers has delivered seminars to more than 20,000 people in the nation, including police cadets and members of the military.

The Church of Scientology and Scientologists support Youth for Human Rights, inspired by the principles expressed by Scientology Founder L. Ron Hubbard, who in 1969 observed, “It is vital that all thinking men urge upon their governments sweeping reforms in the field of human rights.”