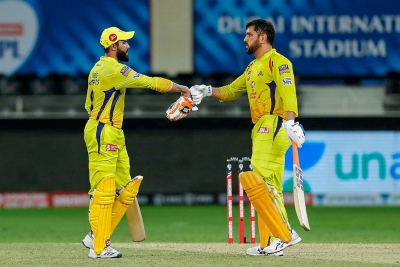 New Delhi– Chennai Super Kings’ (CSK) 33-year-old South African all-rounder Dwaine Pretorius has said that the biggest thing he has learnt from Mahendra Singh Dhoni is “how to remain calm at the crease”.

Pretorius, who will now be turning out in South Africa colours in the five-match T20I series against India beginning in New Delhi on June 9, said that he likes Dhoni’s philosophy of, “anything is always possible”.

Dhoni has successfully guided CSK to four Indian Premier League titles, and when the chips were down for CSK this season, Ravindra Jadeja handed over the captaincy reins back to the veteran cricketer.

“Anything is always possible. I really enjoyed playing under Dhoni and batting with him. Seeing the brand he has in India shows you how big he is and what he’s done for the sport in this country,” said Pretorius in a press conference ahead of South Africa’s T20I series against India.

“The biggest thing I learnt from him (Dhoni) is how calm he is at the crease, and how much he tries to take pressure off himself and put it onto the bowler. He made me realise that, at the death, the batter isn’t under more pressure. It’s actually the bowler who is under more pressure. You can still lose the match if you have to defend 18 off the last three balls, and as a batter you can actually win it. It was a fresh mindset,” added Pretorius.

Pretorius also stated that Dhoni is very optimistic and always believes that anything is possible on the cricket field.

“He doesn’t get too excited. He doesn’t get too down on himself. Anything is always possible. He’s very optimistic. He believes he can do anything. I’m going to try and bring that into my game – the calmness but also the self-belief that, from any position, any game can be won,” concluded Pretorius. (IANS)