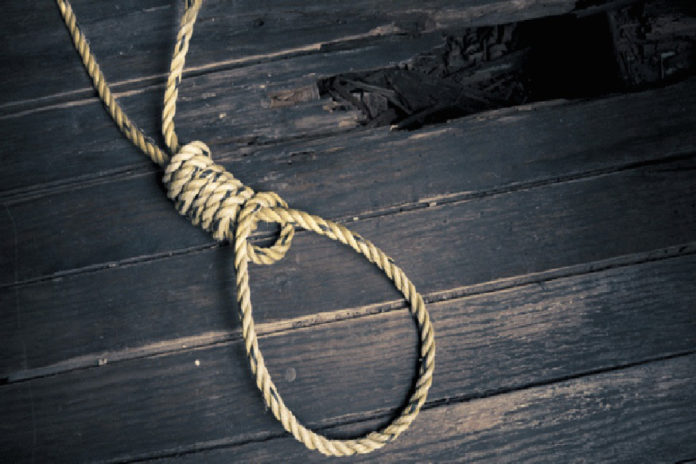 Bareilly, Uttar Pradesh– A groom, who married a girl of his choice, went missing from a wayside eatery where the “baraat” had stopped on its way back from the wedding in Uttar Pradesh’s Bareilly district.

He was later found hanging from a tree, about two kilometers away, police said. According to reports, the wedding had taken place on Monday and the incident took place on Tuesday when the baraat was returning after the wedding.

The police said that the groom Dushyant Giri, 22, committed suicide.

After his brother and others failed to trace the groom, they informed police and sent the bride back to her parent’s house in Bareilly.

Station house officer (SHO) of Pakbada police station inspector Surendra Pal Singh said: “When we were sending the body for an autopsy, Giri’s family members told us that they did not want any further action, including the post-mortem. But, following the standard procedure, we sent the body to a mortuary for an autopsy.”

Meanwhile, Moradabad Superintendent of Police (city) Amit Kumar Anand said the post-mortem report confirmed it to be the death by hanging.

Dushyant’s brother Shivyant said: “We halted at a roadside eatery, where Dushyant ordered tea, but he disappeared all of sudden. We tried to search him out, but in vain. Then we informed police and left for home. Later, police informed us over the phone that they found Dushyant’s body hanging from a tree.”

The families of Dushyant and his bride, Asha, were shocked over the incident.

Asha, the bride, told the police that she suspected foul play because Dushyant was happy after the wedding and had no reason to commit suicide.

Dushyant, who worked as a salesman at a petrol pump in Meerut had fought his way to marry the girl of his choice in Bareilly.

Both families bowed to the wishes of the couple and they got them married. (IANS)