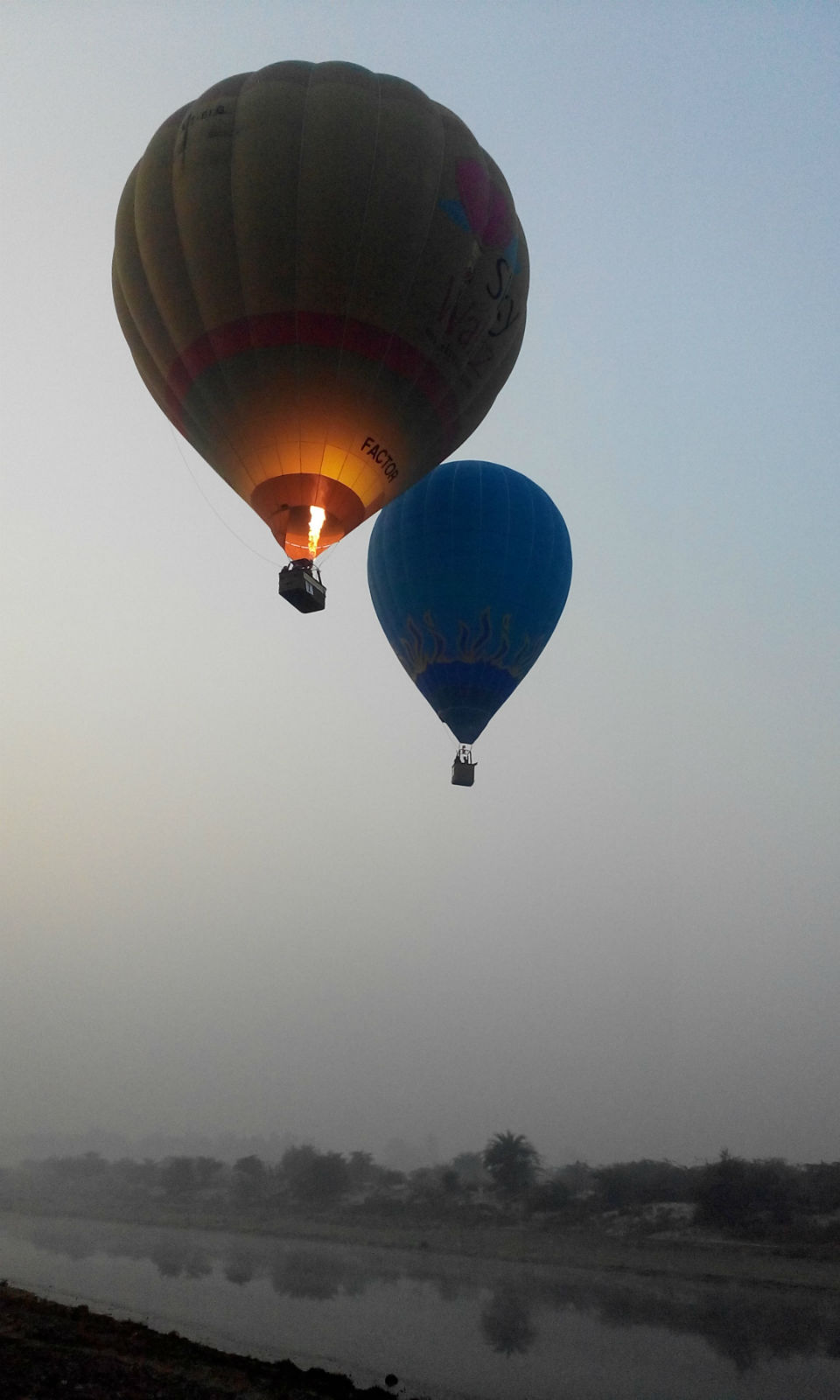 AGRA–The city of Agra, home to some of India’s most magnificent heritage sites, including the monument to immortal love – the Taj Mahal, last month saw new colours filling up its skies.

A three-day hot air balloon festival added to the attraction of the city and lent a new perspective to these magnificent cultural treasures.

“This festival is not just to sell tickets and make a huge profit, but it is mainly aimed at giving this ancient city a new perspective,” Samit Garg, founder-director of Sky Waltz, told IANS here.

“Agra is known all over the world for its many splendid Mughal-era buildings. We aspire to give tourists a different view of these structures and also to give a further boost to the city’s booming tourism,” he said.

Sky Waltz, founded in 2008, made its first hot air balloon flight in 2009 in Jaipur. The company provides commercial balloon experience in Jaipur and Lonavla and charter ones at Pushkar, Neemrana, Hampi and Jodhpur.

It also started flying its biggest balloon with a capacity of 24 people at Jaipur since August.

The company is set to host the upcoming four-day Pushkar International Balloon Festival from November 19, started in 2010.

Garg is planning to start regular hot air balloon rides in Agra in the near future in response to what he called was an overwhelming response from tourists and locals.

“We have initiated talks with the UP government to turn this into a regular attraction. If all goes well, the rides should start from early next year,” he said.

“The prices are on the steeper side since the back-end costs of these balloons are very high. We have to import the fuel, the material of the balloons and we also pay our pilots almost the same salary as a commercial aircraft pilot. So, keeping all these things in mind, we have set these prices,” Garg said.

“This is one-of-a-kind experience and to avail this opportunity shelling out a bit more can be afforded….”

The festival included free and tethered flights. Balloonists from 12 countries, including the US, Britain, the United Arab Emirates and Spain, participated in the event.

Of the 15 balloons that participated, three were provided by Sky Waltz, the biggest one measuring 10,000 cubic metres.

The balloons took off from the ghats of the Yamuna river early in the morning and maintained an altitude of at least 1,000 metres.

However, the participants were somewhat disappointed as the Taj Mahal and the other monuments were barely visible shrouded in thick early morning haze.

“I was so excited that I would get an aerial view of the Taj and the other buildings, but after waking up so early and with so much anticipation, all I could see was a silhouette which also disappeared in few minutes,” a tourist from New Delhi said.

“Stagnant water pools, dilapidated buildings and filth were the only things I could see from up there,” a tourist who did not want to be named, said. Getting a higher perspective may not always yield great experience.