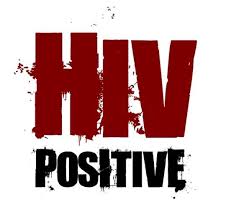 Agartala/Aizawl– The status of HIV/AIDS epidemic in north-eastern states of India is indeed alarming, said a report by the National AIDS Control Organisation (NACO).

Union Ministry of Health and Family Welfare’s Joint Secretary, Alok Saxena, in his observation, incorporated in the recent NACO report, said evidence has emerged globally that HIV-infected people are more at Covid-19 death risk as compared to HIV-negative patients.

“The challenges for the National AIDS Control Programme have multiplied with the Covid-19 pandemic,” Saxena’s views added in the NACO report available with IANS.

In another disturbing development, the trend of Intravenous Drug Users (IDU) is rising at a rocket speed among the youth between 15 and 20 years in several north-eastern states, especially in Tripura, Mizoram, Manipur and Nagaland.

“The IDU or the HIV/AIDS prevalence are now a major public health problem instead of a simple health issue. To check the rapidly rising trend, we are robustly working with other 11 departments of Tripura government, including Education, Social Education and Welfare, Sports. Police,” Tripura state AIDS Control Society’s Project Director Phanindra Kumar Majumder told IANS.

According to the Excise and Narcotics Department officials from Mizoram, nearly 1,645 people have died of drug abuse in the state since 1984 when the first case was reported.

“Sharing of a common syringe by injecting drug users is a key reason for Mizoram becoming one of the leading states of HIV/AIDS prevalent in India, registering an average of five to six HIV positive cases a day,” an Excise and Narcotics Department official on condition of anonymity told IANS.

Besides, Mizoram with 2.04 per cent, in two other north-eastern states Manipur and Nagaland, the HIV prevalence rates are 1.43 per cent and 1.15 per cent per one million people, respectively.

Mizoram recorded more than 20,000 HIV positive cases and nearly 2,000 deaths since the first case in 1990. Smuggling of drugs, arms and other contraband worth thousands of crores takes place frequently in the north-eastern region from across the borders, especially from Myanmar.

The drugs mainly the Methamphetamine tablets (also called Yaba tablet or party tablet) contain a mix of methamphetamine and caffeine and are misused as high-dosage drugs in Bangladesh and neighbouring countries, besides India.

“Mizoram shares two long international borders, one with Myanmar and the “Golden Triangle” in the east and with Bangladesh in the west. The geographical location of the state provides an easy route for trafficking of heroin.

Being adjacent to the “Golden Triangle”, Mizoram is one of the drug trafficking routes from the Golden Triangle to India and elsewhere. Drug abuse has become a rampant problem among the youth with the initial drug abuse of heroin.

“The report said before 1978, social evils like drug addiction and substance abuse were not much known even though, it cannot be said that there was no such problem.

However, after half a decade the first death due to overdose of heroin injection was witnessed when a 24-year-old youth died due to heroin overdose in 1984. Since then there was a noticeable rise in the growth of substance abuse population and heroin, Proxyvon, cough syrup, sedatives, Nitrozepam and volatile are the preferred drugs of choice.

“State and Union Territory (UT)-wise, incidence per 1,000 uninfected population was estimated to be the highest in the three north-eastern states of Mizoram (1.18 per 1,000 uninfected population), Nagaland (0.73) and Manipur (0.34) in 2019. Among Female Sex Worker (FSW), incidence (percentage) in the country was as high as 2.12 per cent in Meghalaya, followed by 1.14 per cent in Mizoram and Nagaland.”

The report said the state and UT-wise, annual AIDS-related deaths were estimated to have declined from 2010 to 2019 across the country excluding Meghalaya, Arunachal Pradesh, Tripura, Jammu and Kashmir, Jharkhand and Assam.

There is a need for community-driven integrated AIDS response in these states on an urgent basis to respond to the growing HIV problem in the region,” the NACO report said. (IANS)