BOSTON–The eminent Hindustani vocalist Ustad Rashid Khan will present a concert via internet streaming on August 29th at 9 PM EDT. It is exclusively distributed in the United States and Canada by Waltham, MA-based LearnQuest Academy of Music.

This concert is being organized via Internet streaming by Arati Music Foundation of Kolkata, known as AMF. Founded in the memory of Late Smt. Arati Das, beloved mother of the Sitar Maestro Pandit Kushal Das, AMF has started an online concert series called Shanti whose mission is to promote peace, harmony and unity across the globe.

The concert series will be shown in India, Europe, Australia, USA and Canada. A premium quality audio-video streaming service will be provided by Viewcy of New York.

The concert access fee is $15. A code to stream the concert can be purchased at LearnQuest’s site:

The organizers are requesting patrons to consider donating additional amounts to support classical musicians who are in severe financial distress due to this unprecedented pandemic. A portion of this donation will partially support musical activities such as concerts and workshops at LearnQuest, which in turn will support the musicians as well. 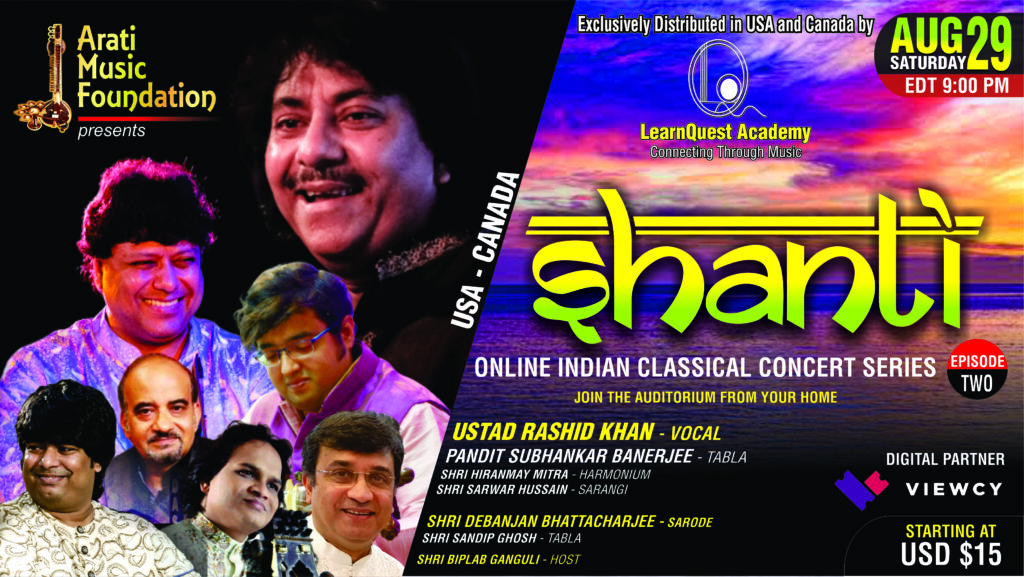