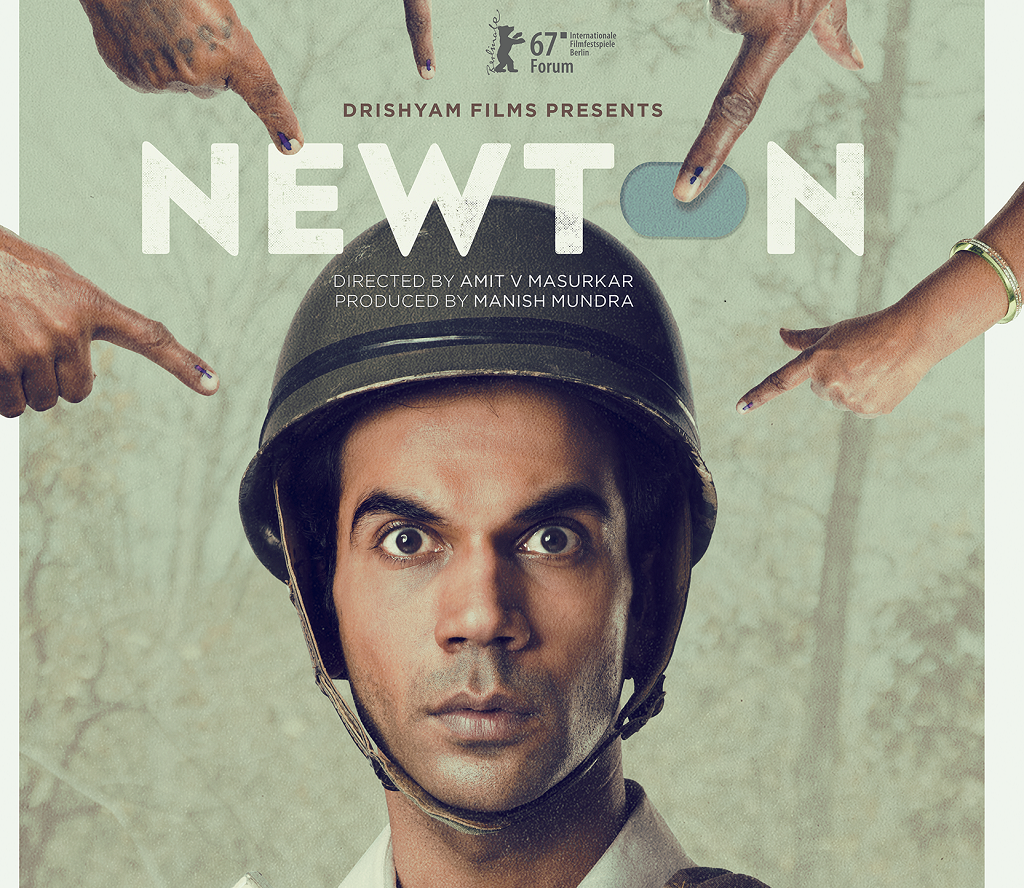 Mumbai–“Newton”, a Hindi film set against the backdrop of elections in the world’s largest democracy, was on Friday announced as India’s official entry for the the Best Foreign Language Film at the Oscars. It’s team is ecstatic.

“Newton”, directed by Amit V. Masurkar and starring the stellar Rajkummar Rao, was chosen from among 26 titles from different languages by a 14-member jury appointed by the Film Federation of India.

“It was a unanimous decision. Titles like ‘Dangal’ and ‘Mukti Bhavan’ were part of the list,” Supran Sen, secretary general of FFI, told IANS.

“Newton” revolves around a young government clerk who is sent on election duty to a Maoist-controlled town and how the ideological struggle puts him in an awkward situation. It was shot in the interiors of Chhatisgarh.

Masurkar feels honoured that a story rooted in the country’s political system was chosen.

“It’s a great honour for us to represent India at the Oscars. We hope this film will bring attention to the need to strengthen democracy in our country,” he said in a statement.

The movie released on Friday itself and Masurkar hopes the Oscar entry news translates into better viewership for it.

“The film is in theatres at the moment and this announcement will help us reach out to a larger audience, he added.

Rajkummar told IANS that it feels “brilliant, amazing and special that a film made with honesty and purity” has reaped benefits for the “Newton” team.

Actress Anjali Patil, who also features in a pivotal role in the movie, said: “The hard work of our entire team has borne its fruit. My sister, Archana who is also a director in Los Angeles and I would often joke about this; if we will we ever get a chance to be a part of it. (Oscars). And ‘Newton’ has now made that dream come true.

“We were in tears when we heard the news, it is so overwhelming.”

Filmmaker Hansal Mehta, who has worked closely with Rajkummar in films like “Shahid” and “Aligarh”, also hailed “Newton” as the best choice.

“‘Newton’ is India’s entry to the Oscars. The best choice in years by the federation,” Mehta tweeted, adding: “If films like ‘A Separation’ and ‘Children of Heaven’ made it to the Oscar nominations, so can ‘Newton’. It is our best shot. Manish Mundra go for it!”

The film is produced by Manish Mundra of Drishyam Films, the company best known for backing critically-acclaimed projects such as “Masaan” and “Umrika”. (IANS)