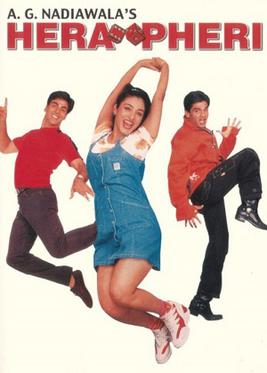 Mumbai– Priyadarshans iconic comedy “Hera Pheri” was released 20 years ago on this date, and the film has gone on to be regarded as a cult entertainer among Bollywood buffs.

The film starred Akshay Kumar, Suniel Shetty and Paresh Rawal as three goodnatured men struggling in life, who get rich thanks to a freak twist of fate involving a wrong telephone number and a sinister kidnapping gone haywire. Tabu also played a pivotal role in the entertainer, which set the template for new-age comedy in Bollywood.

On Tuesday, actor Suniel Shetty took to social media to share a whiff of nostalgia.

“20 years and the love keeps pouring in. Memories that will last a lifetime,” Suniel wrote on Instagram.

Along with the post, Suniel uploaded a still of the film.

Several fans took to social media too, to share their love for the film.

Another one wrote: “I can watch this film on loop.”

The sequel to “Hera Pheri”, titled “Phir Hera Pheri”, was released in 2006. While the three heroes returned, Bipasha Basu and Rimi Sen were cast as female leads, and late Neeraj Vora took over as director. (IANS)