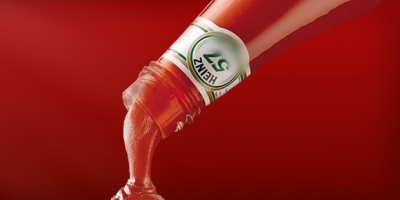 New Delhi– Heinz has just rolled out a new product that the condiment company says is the “biggest innovation in sauce since the packet itself.”

Earlier this month, the world’s largest producer of ketchup announced the Packet Roller, a ketchup bottle-shaped gadget that allows users to squeeze the most out of a condiment packet, CNN reported.

“Do not click ‘purchase’ unless you are prepared to change everything about the way you sauce,” the Heinz Packet Roller website says. The roller goes for $5.70.

The roller is pocket-sized, can be added to a keychain, and features a packet corner cutter.

This announcement could be part of the fast-tracked, “future-focused culinary and packaging innovations” that Steve Cornell, president of Kraft Heinz’s US grocery business unit, hinted at earlier this year amid a shortage of ketchup.

A surge in takeout and delivery food orders during the pandemic led to a scarcity of ketchup packets, the report said.

In April, Heinz pledged to increase production of ketchup by 25 per cent to 12 billion packets annually.

“Gone are the days of fumbling with ketchup packets, pants ruined by mustard disasters, and minutes taken off your life trying to get to the bottom of that mayo packet. With the patent-pending Heinz Packet Roller, what was once taxing becomes simple — just snip and roll to squeeze out every drop of your sauce of choice,” the website says. (IANS)