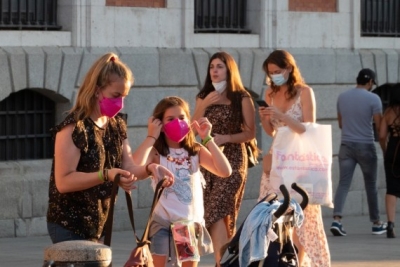 Madrid– Spain’s Health Ministry has said that 510 people died from heat-related causes in the first week of a heatwave when the mercury reached 45 degrees Celsius in some parts of the country.

The fatalities were reported by the Carlos III Health Institute (ISCIII) on Monday, which forms part of the Ministry, between July 10 and 16, with Saturday the deadliest to date with 150 victims.

According to the ISCIII System of Monitorisation of Daily Mortality, the number of heat-related deaths increased sharply as the heatwave escalated, Xinhua news agency reported.

It said deaths quadrupled from 15 to 60 in the four days from July 10 to 13. The figure then jumped further to 93 last Thursday and 123 on Friday, before reaching a climax of 150 on Saturday.

The toll is feared to rise even further when new figures are published for Sunday.

However, deaths were also reported among the younger population, including two municipal workers in Madrid who died of heatstroke. This prompted the city hall to adopt more flexible working hours, so that workers could avoid working outdoors during the hottest hours of the day.

Among the younger victims were also a fireman and a shepherd, who died in the wildfires that are engulfing Spain as well as some other areas in southern Europe.

This is Spain’s second heatwave of the summer. The previous one, from June 11 to 17, caused 829 deaths, according to ISCIII. (IANS)