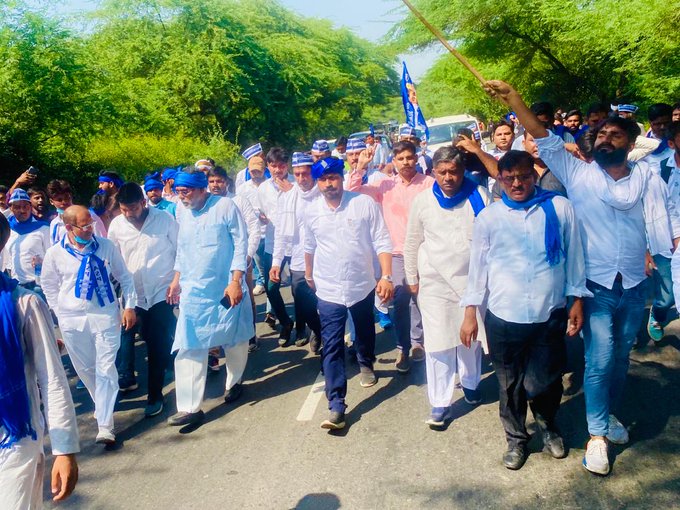 Mumbai–Over 10,000 women, feminist groups and rights activists from all over the world on Sunday got together to seek justice for the Hathras gang-rape victim as the case has rocked national and Uttar Pradesh politics in the past one week.

While a majority of the signatories are from India, there are many others from USA, UK, Canada, Australia, UAE, Japan, Hong Kong, Nepal Sweden, Slovenia, the Netherlands, etc, cutting across religious, occupation or community lines have issued the joint statement.

Sharply condemning the brutal incident, they said that “despite a continuing saga of countless other cases of brutal sexual assault and murders, especially of young Dalit women, the conscience of this nation does not seem to be shaken enough to do anything serious to stop the systematic targeting of women, Dalits and the poor”.

It expressed concern that even as news of the Hathras victim’s death broke, there were more cases of sexual violence against Dalit women from Balrampur, Bulandshahr and Azamgarh in Uttar Pradesh.

“The growing support base for Thakurs, the fact that no official visited the girl’s family even once after her death, tells us the facts as they are, nobody cares and caste solidarity remains one of the ugliest and strongest kinship performances of the modern Indian State, one that must be challenged and broken. The actions of the state will only further strengthen those who continue to commit such crimes without any fear of punishment,” they said.

“While the caste atrocities gain public attention only when they manifest themselves as sexual violence, suicide or murders, we also need to understand the ways in which caste manifests itself in our daily lives.”

The Hathras case is a blatant case of upper caste power and patriarchy operating through both, socially sanctioned violence and through state agencies, and the signatories expressed their firm resolve to address the issue of caste-based discrimination, violence and atrocities, until its complete annihilation.

They said that a fair probe, proper justice, holding the guilty persons and police or other state officials responsible is the only way forward, and added that the state must not push the rhetoric of ‘death penalty for rape’ as that is not the answer to stopping sexual or other crimes anywhere in the world.

“After all, in our own country, it is barely 6 months since the hanging of those held guilty of the December 2012 gang-rape and murder in Delhi. Has it stopped the guilty in Hathras, or Balrampur, or Bulandshahr or Azamgarh or anywhere else?” they demanded.