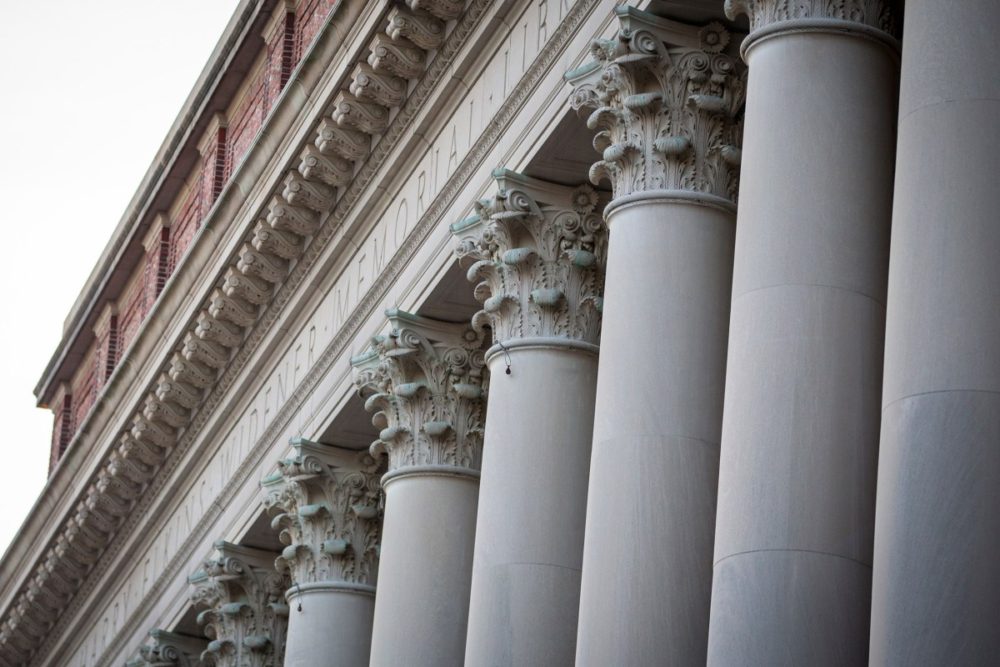 New York– Harvard University and Massachusetts Institute of Technology (MIT) have filed a lawsuit against US President Donald Trump administration’s decision to ban foreign students taking only online courses, according to heads of the two institutions.

The two elite institutions are jointly asking the Boston federal court to stop federal agencies dealing with immigration “from enforcing the new guidance and to declare it unlawful,” MIT’s President Rafael Reif said in an email to MIT faculty and students on Wednesday.

The Trump administration unveiled on Monday new guidelines for F-1 and M-1 visas given to students restricting them to only students who take in-person courses or a combination of online and in-person courses. Those who take only online courses would not be eligible for the visa.

As many universities switch to online teaching because of Covid-19 restrictions, not all foreign students can take in-person courses and they could be denied visas or fall out out visa status and have to leave the US.

Harvard President Larry Summers said in a message announcing the suit, “International students will not be allowed to stay in the country if they attend institutions, like Harvard, that are holding courses online this fall. Their choices are either to transfer to another institution that provides in-person or hybrid (both in-person and online) instructiona”or to depart the country and risk not being able to return. Those students who fail to comply with this guidance may face deportation.”

The new rule issued as a guidance “comes after many US colleges and universities either released or are readying their final decisions for the fall – decisions designed to advance their educational mission and protect the health and safety of their communities,” Reif said.

This “disrupts our international students’ lives and jeopardises their academic and research pursuits,” he added.

Moreover, he said the Immigration and Customs Enforcement agency “Is unable to offer the most basic answers about how its policy will be interpreted or implemented.”

“Our international students now have many questions – about their visas, their health, their families and their ability to continue working toward an MIT degree,” he said.

Summers accused the Trump administration of using the visa restriction to force universities to return to in-person courses in pursuit of Trump’s goal of opening the economy even as the pandemic continues to ravage parts of the country.

Although not specifically directed against universities, Trump tweeted a threat to cut federal funding to schools if they do not reopen with in-person teaching.

His tweet alleged that the Democrats did not want the schools to reopen before the November elections.

Summers said: “It appears that it was designed purposefully to place pressure on colleges and universities to open their on-campus classrooms for in-person instruction this fall, without regard to concerns for the health and safety of students, instructors, and others.”

“This comes at a time when the United States has been setting daily records for the number of new infections, with more than 300,000 new cases reported since July 1,” he added.

Summers warned that if an institution pursues in-person or hybrid instruction and there is a serious COVID-19 outbreak, it would face strong pressure not to switch to online instruction, as Harvard and others did in March, because that would immediately place its international students in jeopardy.

Facing national and international criticism, the State Department reiterated the element in the guidance that foreign students taking a combination of in-person and online courses would still be able to get visas to study in the US.

However, that will not help students at universities that offer only online courses or a sufficient number of in-person courses.

US universities — and ultimately the US — depend on foreign students for their programmes in science and technology. About 80 per cent of graduate students in computer science and electrical, industrial and petroleum engineering are from abroad. (IANS)