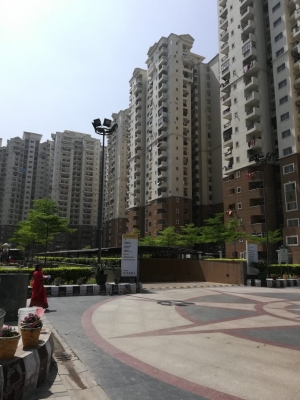 According to the data provided by the department, 1,472 buildings are located in the Gurugram Municipal Corporation (MCG) limits.

After a survey, the Gurugram fire department found that out of 1,472 buildings, 987 have valid fire NOC, 144 are under process, 154 are under objection and 187 are still pending.

In Manesar Corporation limits out of 122 buildings, 90 have valid fire NOC, 13 are under process, and 19 are under objection.

According to the fire officials reason behind 187 high-rise societies do not have fire NOC is disputed between the flat owners and builders but they urge the residents to settle their disputes and ensure their safety first.

“We have sent notices to different organisations which include high-rise, group housing societies, commercial establishments and paying guests. In the notice, it has been told that if the occupiers do not have a fire NOC, should take NOC from the fire department as soon as possible. Also, the societies or commercial establishment whose fire NOC has expired, should renew their NOC and if it is not done, the fire department will take action against them,” Gulshan Kalra, Deputy Director, Fire Department told IANS.

A notice has been issued to them and their reply has been sought, Kalra said, adding that a total of 3 notices will be given to the property occupiers and despite this NOC is not obtained even after giving notice, then FIR will be recommended against them”. (IANS)