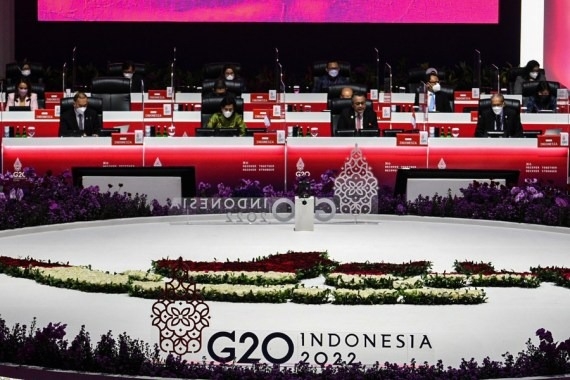 Kiev–Many participants in the G20 meeting of finance ministers in Indonesia’s Bali have strongly condemned Russia’s war against Ukraine and called for an end to it.

Indonesia’s G20 presidency said this in a statement after the meeting of the G20 Finance Ministers and Central Bank Governors held on July 15-16, Ukrinform reported.

“Many [G20] members agreed that the recovery of the global economy has slowed and is facing a major setback as a result of Russia’s war against Ukraine, which was strongly condemned, and called for an end to the war,” the statement said.

“The majority of members agreed that there is an alarming increase of food and energy insecurity, which are felt disproportionately by vulnerable groups. Some also expressed concerns about fertilizer availability which has the potential to further exacerbate the food crisis. Members affirmed their commitment to use all available policy tools to address current economic and financial challenges, including the risk of food insecurity,” the statement said. (IANS)