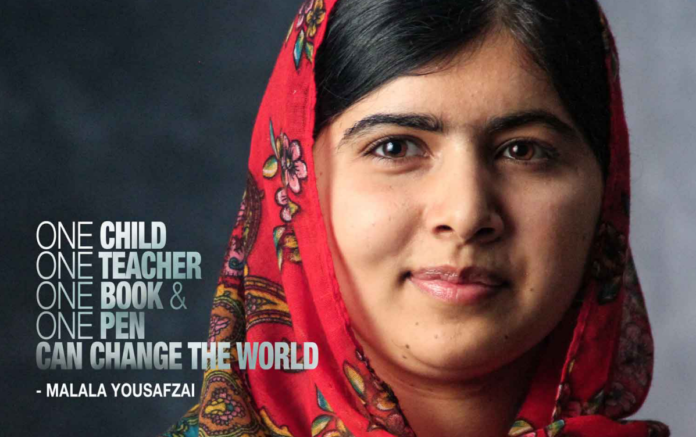 BOSTON–Gul Makai, which takes you through the courageous journey and struggle of 2014 Nobel Peace Prize Laureate Malala Yousafzai, releases this Friday/Jan. 31 across the United States. Please see below the list of theaters.

The film starts from her humble upbringing in the Swat Valley in north western Pakistan to standing against the Taliban gunmen in 2009 when Sharia law was imposed upon its people.

Malala became a champion of the right to education. Ziauddin and Toor Pekai’s Yousafzai’s daughter, Malala Yousafzai, spoke out against the terror organisation through her blogs on the BBC Urdu website under the pseudonym Gul Makai.

Malala used the power of media and her public campaign for her right to go to school. Through her activism she earned a nomination for the International Children’s Peace Prize in 2011. she was also awarded Pakistan’s National Youth Peace Prize. Seated on a bus heading home from school, on the morning of October 9, 2012, she was shot by the Taliban.

The film is presented by Dr Jayantilal Gada & Tekno Films, produced by Sanjay Singla and Preeti Vijay Jaju ,Directed by H.E. Amjad Khan, written and researched by Bhaswati Chakrabarty and the advisor to the film is Priya Samant, a Massachusetts local.

For More information on the film please visit. https://en.wikipedia.org/wiki/Gul_Makai