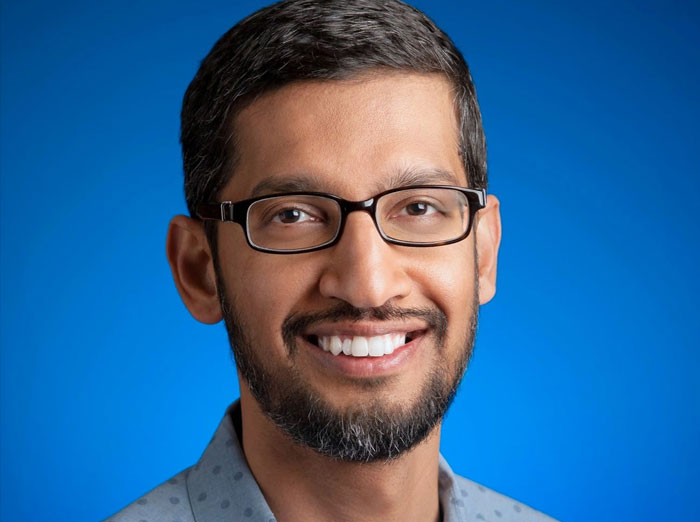 New York– Taking a break from the tradition where Google founders Larry Page and Sergey Brin shared the company’s progress and vision every year, this time it was Indian-origin CEO Sundar Pichai who updated the world with some of Google’s achievements and key highlights.

In a letter posted on official Google blog on Friday, Pichai reiterated “to organise the world’s information and make it universally accessible and useful”.

Touching upon artificial intelligence (AI), powerful computing platforms and cloud, he stressed that mobile phone has become the remote control for daily lives and people are communicating, consuming, educating and entertaining themselves on smartphones “in ways unimaginable just a few years ago”.

“Search — the very core of Google, comes from mobile and an increasing number of them via voice. The company made this easy and via Google Now, user can get information like the weather in your upcoming vacation spot,” he posted.

He also wrote about the launch of Google Photos to make it easier for people to organise their photos and videos, keep them safe and be able to find them when they want to, on whatever device they are using.

Pichai said all this was possible due to the machine learning and artificial intelligence.

“It is what allows you to use your voice to search for information, to translate the web from one language to another, to filter the spam from your inbox, to search for ‘hugs’ in your photos and actually pull up pictures of people hugging,” he noted.

“… to solve many of the problems we encounter in daily life. It is what has allowed us to build products that get better over time, making them increasingly useful and helpful,” he added.

Pichai said Google has been building the best AI team and tools for years and pointed out the recent win that DeepMind’s AlphaGo registered against legendary Go – a complex Chinese board game that is considered the “quintessential unsolved problem” for machine intelligence — player Lee Se-dol.

On the motive of “More great content, in more places”, Pichai wrote that the company’s core mission has improved discovery, creation, and monetisation of content from indexing images, video, and the news, to building platforms like Google Play and YouTube.

The migration to mobile has pushed the company to work hard to deliver great content from creators and developers to users.

“Google Play reaches more than 1 billion Android users. And YouTube is the number-one destination for video — over 1 billion users per month visit the site and ranks among the year’s most downloaded mobile apps,” Pichai pointed out.

Google has worked closely with publishers, developers and others in the ecosystem to help make the mobile web a smoother and faster experience for users by introducing Accelerated Mobile Pages (AMP) project to create mobile-optimised content that loads instantly everywhere.

While talking about powerful computing platforms, Pichai said, the reduction in size and cost of processors and sensors allowed the proliferation of smartphones and now Android has more than 1.4 billion 30-day-active devices.

Today’s proliferation of “screens” goes well beyond phones, desktops, and tablets. Already, there are exciting developments as screens extend to your car, like Android Auto, or your wrist, like Android Wear.

“Virtual reality is also showing incredible promise-Google Cardboard has introduced more than five million people to the incredible, immersive and educational possibilities of VR,” he added.

“Technology is a democratising force, empowering people through information. Google is an information company,” he concluded. (IANS)