(Second in an occasional series on how Harvard researchers are tackling the problematic issues of aging.)

When scientists began tracking the health of 268 Harvard sophomores in 1938 during the Great Depression, they hoped the longitudinal study would reveal clues to leading healthy and happy lives.

They got more than they wanted.

After following the surviving Crimson men for nearly 80 years as part of the Harvard Study of Adult Development, one of the world’s longest studies of adult life, researchers have collected a cornucopia of data on their physical and mental health.

Of the original Harvard cohort recruited as part of the Grant Study, only 19 are still alive, all in their mid-90s. Among the original recruits were eventual President John F. Kennedy and longtime Washington Post editor Ben Bradlee. (Women weren’t in the original study because the College was still all male.)

In addition, scientists eventually expanded their research to include the men’s offspring, who now number 1,300 and are in their 50s and 60s, to find out how early-life experiences affect health and aging over time. Some participants went on to become successful businessmen, doctors, lawyers, while others ended up as schizophrenics or alcoholics, but not on inevitable tracks.

During the intervening decades, the control groups have expanded. In the 1970s, 456 Boston inner-city residents were enlisted as part of the Glueck Study, and 40 of them are still alive. More than a decade ago, researchers began including wives in the Grant and Glueck studies.

Over the years, researchers have studied the participants’ health trajectories and their broader lives, including their triumphs and failures in careers and marriage, and the finding have produced startling lessons, and not only for the researchers.

“The surprising finding is that our relationships and how happy we are in our relationships has a powerful influence on our health,” said Robert Waldinger, director of the study, a psychiatrist at Massachusetts General Hospital and a professor of psychiatry at Harvard Medical School. “Taking care of your body is important, but tending to your relationships is a form of self-care too. That, I think, is the revelation.”

Close relationships, more than money or fame, are what keep people happy throughout their lives, the study revealed. Those ties protect people from life’s discontents, help to delay mental and physical decline, and are better predictors of long and happy lives than social class, IQ, or even genes. That finding proved true across the board among both the Harvard men and the inner-city participants.

Researchers who have pored through data, including vast medical records and hundreds of in-person interviews and questionnaires, found a strong correlation between men’s flourishing lives and their relationships with family, friends, and community. Several studies found that people’s level of satisfaction with their relationships at age 50 was a better predictor of physical health than their cholesterol levels were.

What makes a good life? Lessons from the longest study on happiness

What keeps us happy and healthy as we go through life? If you think it’s fame and money, you’re not alone — but, according to psychiatrist Robert Waldinger, you’re mistaken. As the director of a 75-year-old study on adult development, Waldinger has unprecedented access to data on true happiness and satisfaction. In this talk, he shares three important lessons learned from the study as well as some practical, old-as-the-hills wisdom on how to build a fulfilling, long life.

Those who kept warm relationships got to live longer and happier, said Waldinger, and the loners often died earlier. “Loneliness kills,” he said. “It’s as powerful as smoking or alcoholism.”

According to the study, those who lived longer and enjoyed sound health avoided smoking and alcohol in excess. Researchers also found that those with strong social support experienced less mental deterioration as they aged.

In part of a recent study, researchers found that women who felt securely attached to their partners were less depressed and more happy in their relationships two-and-a-half years later, and also had better memory functions than those with frequent marital conflicts.

“Good relationships don’t just protect our bodies; they protect our brains,” said Waldinger in his TED talk. “And those good relationships, they don’t have to be smooth all the time. Some of our octogenarian couples could bicker with each other day in and day out, but as long at they felt that they could really count on the other when the going got tough, those arguments didn’t take a toll on their memories.”

Since aging starts at birth, people should start taking care of themselves at every stage of life, the researchers say.

“Aging is a continuous process,” Waldinger said. “You can see how people can start to differ in their health trajectory in their 30s, so that by taking good care of yourself early in life you can set yourself on a better course for aging. The best advice I can give is ‘Take care of your body as though you were going to need it for 100 years,’ because you might.”

The study, like its remaining original subjects, has had a long life, spanning four directors, whose tenures reflected their medical interests and views of the time.

Under the first director, Clark Heath, who stayed from 1938 until 1954, the study mirrored the era’s dominant view of genetics and biological determinism. Early researchers believed that physical constitution, intellectual ability, and personality traits determined adult development. They made detailed anthropometric measurements of skulls, brow bridges, and moles, wrote in-depth notes on the functioning of major organs, examined brain activity through electroencephalograms, and even analyzed the men’s handwriting.

Now, researchers draw men’s blood for DNA testing and put them into MRI scanners to examine organs and tissues in their bodies, procedures that would have sounded like science fiction back in 1938. In that sense, the study itself represents a history of the changes that life brings.

Psychiatrist George Vaillant, who joined the team as a researcher in 1966, led the study from 1972 until 2004. Trained as a psychoanalyst, Vaillant emphasized the role of relationships, and came to recognize the crucial role they played in people living long and pleasant lives.

In a book called “Aging Well,” Vaillant wrote that six factors predicted healthy aging for the Harvard men: physical activity, absence of alcohol abuse and smoking, having mature mechanisms to cope with life’s ups and downs, and enjoying both a healthy weight and a stable marriage. For the inner-city men, education was an additional factor. “The more education the inner city men obtained,” wrote Vaillant, “the more likely they were to stop smoking, eat sensibly, and use alcohol in moderation.”

Vaillant’s research highlighted the role of these protective factors in healthy aging. The more factors the subjects had in place, the better the odds they had for longer, happier lives.

The study showed that the role of genetics and long-lived ancestors proved less important to longevity than the level of satisfaction with relationships in midlife, now recognized as a good predictor of healthy aging. The research also debunked the idea that people’s personalities “set like plaster” by age 30 and cannot be changed.

“Those who were clearly train wrecks when they were in their 20s or 25s turned out to be wonderful octogenarians,” he said. “On the other hand, alcoholism and major depression could take people who started life as stars and leave them at the end of their lives as train wrecks.”

The study’s fourth director, Waldinger has expanded research to the wives and children of the original men. That is the second-generation study, and Waldinger hopes to expand it into the third and fourth generations. “It will probably never be replicated,” he said of the lengthy research, adding that there is yet more to learn.

“We’re trying to see how people manage stress, whether their bodies are in a sort of chronic ‘fight or flight’ mode,” Waldinger said. “We want to find out how it is that a difficult childhood reaches across decades to break down the body in middle age and later.”

Lara Tang ’18, a human and evolutionary biology concentrator who recently joined the team as a research assistant, relishes the opportunity to help find some of those answers. She joined the effort after coming across Waldinger’s TED talk in one of her classes.

“That motivated me to do more research on adult development,” said Tang. “I want to see how childhood experiences affect developments of physical health, mental health, and happiness later in life.”

Asked what lessons he has learned from the study, Waldinger, who is a Zen priest, said he practices meditation daily and invests time and energy in his relationships, more than before.

“It’s easy to get isolated, to get caught up in work and not remembering, ‘Oh, I haven’t seen these friends in a long time,’ ” Waldinger said. “So I try to pay more attention to my relationships than I used to.” 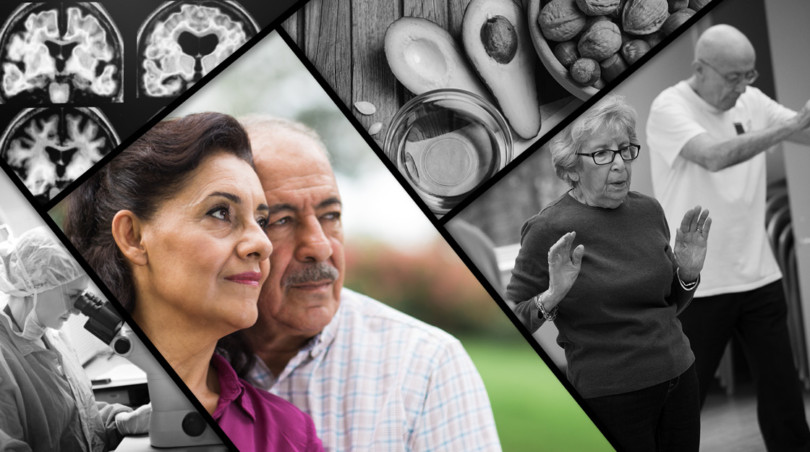