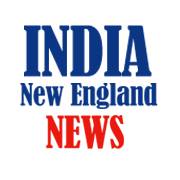 New Delhi– In a freak incident, a pair of three-year-old twins drowned in a washing machine at their home after their mother left them playing as she stepped out briefly to purchase washing power from a nearby shop on Saturday, police said.

Police said the tragedy was reported at 12.30 p.m at upscale Avantika Apartment in sector-1 Rohini. Rakhi, alone at home, was making preparations to wash clothes while her sons Naksh and Neeshu were playing around her.

“Rakhi, a house wife, told police that she went to buy a washing powder to nearby market leaving them playing alone in home. When she returned at 12.30 pm she did not find her sons inside the house. She started searching them outside the house while one of neighbours called their father and police about the missing infants,” said Deputy Commissioner of Police, M.N Tiwari.

“The father Ravinder, employed as manager in Kotak Mahindra life insurance company, immediately returned home and started searching for them. He later found them inside the washing machine filled with 12 to 15 litres water.

The police officers found the machine had around 15 litres water but failed to ascertain how the twins fell inside, police said.

“The family is in deep shock over this unfortunate incident and hardly talking to anyone. No one is suspecting any foul play in the incident,” Tiwari said, adding that the bodies have been sent for a post-mortem examination.