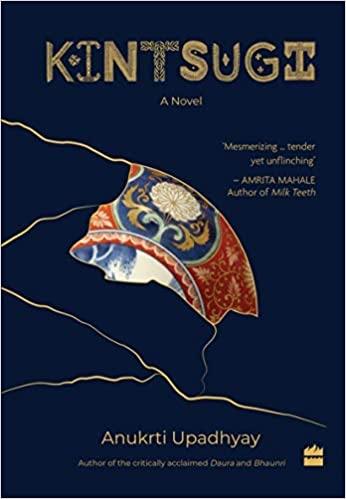 New Delhi– Stressing that folktales are history and imagination, reality and magic, allegory and farce – everything rolled in one, writer Anukriti Upadhyay feels they are the most versatile form of fiction, lending themselves to all sorts of purposes.

“These are the stories our ancestors told each other to remember what happened and resolve the unresolved. Promising a sense of community, their power will always remain immense. If I can harness even a fraction of that power in the stories I tell, I would feel I have achieved something,” says the writer, whose latest ‘Kintsugi: A Novel’ recently hit the shelves (HarperCollins India).

The novel began as a story she wrote in Hakone during her first visit to a Japanese onsen. “After I completed the story, I had that indefinable feeling that there was something more to be said. The characters – Haruko, Meena, Yuri, Hajime, Leela, Prakash and all had stories that needed to be told…” says Upadhyay whose book is based in Jaipur and Japan.

For someone whose two previous works — ‘Daura’ and ‘Bhaunri’ were also based in the desert state, where she was born and raised, the fascination towards the land continues. “Rajasthan is a tough land populated with hardy people. And yet, there is life and vigour in the folk of the desert. There are stories and songs of joy, love, festivals and celebrations unique to the Rajasthanis. The landscape of endless sand dunes, green oases, forts and mud huts are endlessly evocative for me. I have been absorbing this while growing up, and it organically emerges in my writings.”

Upadhyay,whose husband works for a Japanese investment bank visited that country in 2005 and was immediately smitten by its aesthetic refinements and contradictions. “It dazzled and intrigued me, and I felt an irresistible pull. Since then, I have travelled to Japan over ten times. I read Japanese history and literature incessantly. Japan’s troubled history of the 19th and 20th-century, her sudden transition from a traditional society to embracing all things western, the social issues of patriarchy and rigid hierarchy, psychological ones of isolation and alienation, all have increased my interest in the complex realities of Japan. It had to find a place in this book.”

For someone who writes poetry in Hindi and prose in English, languages are both tools to craft and receptacles to receive thoughts and imagination. “I cannot say whether my writing in Hindi and English complement each other, but creative engagement with both of them does push me to explore the boundaries for expression in both. Words, expressions, nuances, context, imagery, traditions of one enriches the other or at least that is what I aim at,” she says.

At present working on short stories and another novel in English besides a short novel in Hindi, which will be published later this year, Upadhyay, who worked in a global investment bank till a little over a year ago and now part time with Wildlife Conservation Trust, says she does not really have a ‘process’ when it comes to writing. “I feel if one really wants to do something, you make time for it. I try to write, even if a little, every day and I do that everywhere — home or away, aboard planes and in cars.” (IANS)