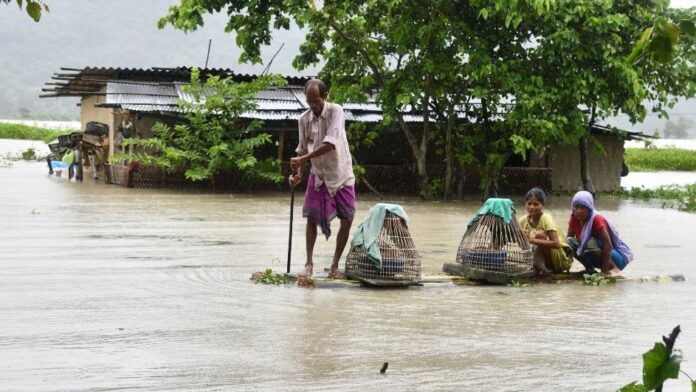 Guwahati– Over 1.33 lakh people, including more than 39,000 children, were affected in 11 Assam districts as the flood situation deteriorated on Friday with over 7,584 hectares crop areas having been inundated, officials said.

According to the ASDMA, 243 villages were affected and 74 relief camps were opened for the help of the flood-affected.

Many roads, bridges, embankments, culverts and other infrastructure have been damaged by flood waters in several districts, the ASDMA bulletin said. (IANS)