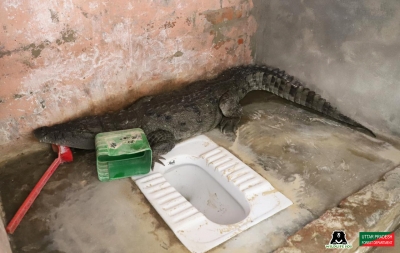 Chennai– Unclean and unhygienic toilets in the Government Arts College at Kurumbalur and Veppanthattai in Perambalur district of Tamil Nadu are leaving the male students with no choice but to defecate in the open.

As per the students, there are around 2,500 of them pursuing their education at Kurumbalur college, while 1,500 are studying at Veppanthattai college. Drinking water facility is also lacking in these colleges, they complained.

Sivaprasad, a third-year student of B.A functional English told IANS: “There are 2,500 students in Kurumbalur Government college and we don’t have proper toilets. Both the gents’ and ladies’ toilets are unclean and totally unhygienic. Boys are now resorting to open defecation while girls are forced to use the unclean toilets. We have made several representations but nothing has happened.”

Ironically, the state and the Central governments are strongly advocating against Open defecation and are aiming at an open defecation-free society. However, with students of even a government college forced to defecate in the open, the state government’s campaign gets derailed.

R. Ramakrishnan, district secretary of the Students Federation of India (SFI) told media told media about the inconvenience caused due to filthy toilets.

The student leader said that even after several representations were submitted to the district authorities, nothing has happened.

The SFI district secretary also warned that the student community will be forced to stage agitations if the issue is not resolved.

District administration officials said that they have already received the petition from the students and would solve the issue at the earliest. (IANS)