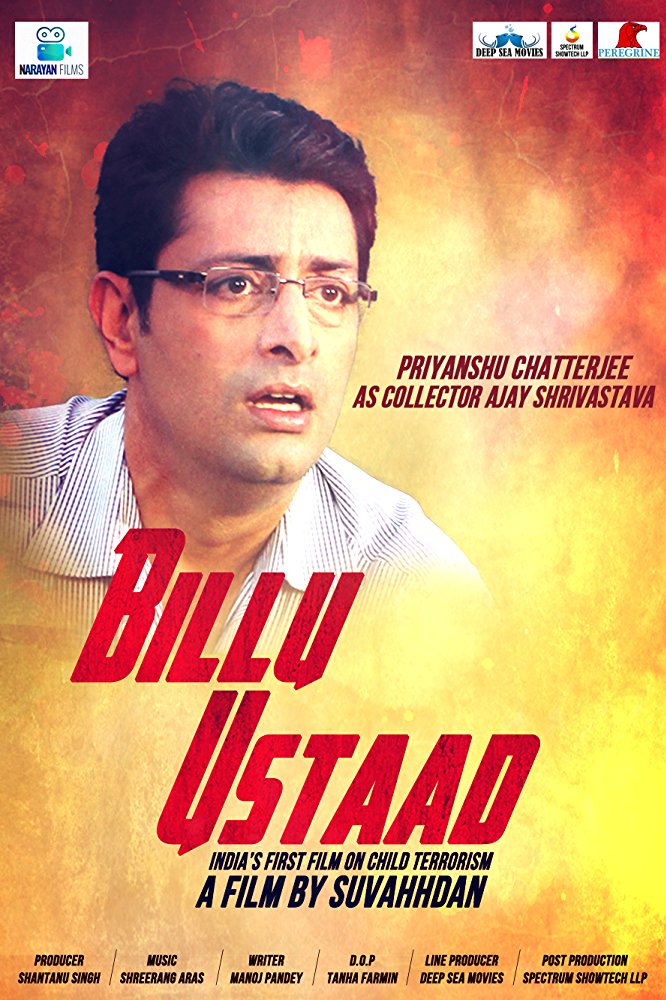 Mumbai– “Billu Ustaad”, billed as India’s first feature film which discusses how innocent children are lured and misused for terror activities, will release in India on February 16 next year, said its director Suvahhdan Angre.

Inspired by the work of Bhanupratap Barge, Head of the Anti-Terrorism Squad, Pune — who fought the Pakistani terrorists during the 26/11 Mumbai terror strikes — the film looks at the disturbing trend among extremist organisations who identify and recruit minor children from orphanages.

“Such organisations are known to brainwash, indoctrinate these young minds and deploy them for committing terror acts. ‘Billu Ustaad’ tells the story of one such organisation which recruits children from an orphanage to become ‘live-bombs’ and strike terror in public places,” Angre told IANS here on Thursday.

The plot revolves around how a nondescript orphanage gets involved in terrorist and criminal activities, while the ATS fights to save the gullible children from being dragged into terror acts, said producer Shantanu Singh.

The main protagonist Billu, played by child actor Mihir Soni, is convinced by the ATS how helping terrorists was ruining their lives, society and mankind, after which he helps them save his other orphan friends from the clutches of the terror group.

“Billu Ustaad” focuses on some media reports indicating how some terror groups in India and abroad have been hiring such children to commit terror and that Jammu and Kashmir is among the worst-hit by terrorism.

Additionally, the film inspires children to learn self-defence techniques along with their academics and keep away from such groups having malafide intentions, Angre explained.